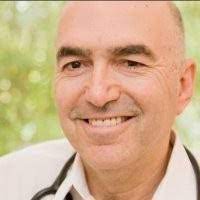 In March and April 2020, my advice was sought regarding a patient with covid on a ventilator in New York. A few days later, a prominent UCSF pulmonologist, during one of the first grand rounds on covid, listed an intravenous vitamin C intervention as one of several research studies being proposed based on the 2019 CITRIS-ALI study findings on improvement of mortality in sepsis associated with severe acute respiratory failure. This prompted me to call Paul Marik, MD, a highly published and senior critical care physician from Eastern Virginia Medical School whom I had communicated with several months earlier regarding the intravenous HAT (hydrocortisone, ascorbic acid and thiamine) approach to sepsis that he had developed. He was applying this successfully in the first wave of covid ICU patients he was treating but “no one was listening”.

However, some of the specialists in the New York hospital were familiar with Dr. Marik’s work and when asked, agreed to provide both corticosteroids and vitamin C to the patient, who had an unusually rapid recovery despite more than a week on a ventilator.

At that time, I also activated the Pharmacology Policy Institute, a non-profit organization, and Dr. Marik connected us with five of his critical care colleagues and the Front Line Covid Critical Care Alliance was born. The group advocated for steroid use in the pulmonary phase of hospitalized covid months ahead of the rest of the world, which was held back by a premature declaration from the WHO that inexpensive and available steroids should be restricted to clinical trials. The FLCCC went on to refine their approach to hospitalized covid patients (the MATH+ protocol) which has, notwithstanding the lack of endorsement, been influential and used around the world.

In late 2020, Dr. Marik and his associate Pierre Kory, MD, began to publicize the many studies worldwide reporting on beneficial effects from ivermectin in prevention, but primarily in treatment of covid. Also, there were favorable epidemiologic reports in areas of South America where ivermectin had been used.

Even at that point, what was poorly understood was how – since the early days of the pandemic in February 2020 – that influential corporate interests rather than public health interests, had commandeered the narrative leading to neglect of repurposed and lower cost nutritional supplements and drugs, and failure to design research around these in favor of higher priced designer drugs. I am not an opponent of pharmaceutical companies, but a proponent of reform in the dynamic of the public-private partnership. I believe, for example, that the corporate discovery of buprenorphine and it’s subsequent lifesaving public health deployment can be a case study in the direction of such reform.

In terms of vaccines, efforts at the WHO (inspired by the mandated sharing of proprietary HIV drug technology years earlier) to create a global “people’s” vaccine effort collapsed with the influence of wealthy funders to maintain private corporate ownership of vaccine technology and profits (see The New Republic, articles by Alexander Zaitchik – April 12 and June 1, 2021).

Drs. Marik and Kory identified a signal in these early ivermectin studies, most of them controlled observationally or randomly, but most conducted in low- and middle-income countries with less procedural rigor and protocols concerning the gold standard double blind RCT technology accepted by the larger global and national policy bodies such as the WHO.

I was and continue to be fully sympathetic with the FLCCC intentions. I have previously advocated for the use of ivermectin prophylactically, particularly prior to vaccination availability. However, I came to understand that in their enthusiasm and concern – given the brutal toll of the pandemic – there may have been haste, on the part of the FLCCC, for public declarations versus behind the scenes efforts and education of medical colleagues and policy leaders.

Some of the studies cited in peer reviewed publications by the FLCCC.net and the Bird-group.org from the UK, as well as those utilized by Andrew Hill, PhD, a Unitaid funded researcher from the University of Liverpool, are no longer considered valid (particularly a large one from Egypt which addressed both prevention and treatment) and analyses need to be redone – Link to article from Dr. Hill’s group.

The analysis of the many studies on ivermectin now needs to include much more detail about the origin of the studies, the background of the investigators, the background data tabulations, and the context in which they were carried out. This effort is not receiving unbiased support or funding from the major players in our healthcare system.

There is now open warfare between official agencies and the major media, on the one hand, and advocates for ivermectin on the other. Anti-vaccination and anti-mask rhetoric have irretrievably mixed with the effort to publicly discuss ivermectin and covid. This has also unfortunately led to the FLCCC being wrongly associated with right leaning anti-vaccination and anti-mask advocates. The only news or social media outlets that have allowed debate on the issue of ivermectin or any other therapeutic strategy not officially approved are right leaning if not more extreme outlets. Such censorship has silenced the FLCCC.net, the Bird-group.org, as well as the efforts of Nobel Prize winner Satoshi Omura, PhD, the co-discoverer of ivermectin (his presentation of ideas based on his paper was not allowed on news or social media – Link to article co-written by Dr. Omura).

The truth is becoming harder and harder to identify. This is complicated by the understanding that the evolving and estimated anti-covid dose of ivermectin, in the face of Delta, is exceeding the anthelmintic dose, on which global safety data has been based (0.2 mg/kg), and the FLCCC has increased the dose on their protocols. The issue of ivermectin losing its potency along with the invalidation of the Egyptian study and expected invalidation of others has led me to reconsider some of the recommendations of the FLCCC.

The long and the short of this is that I believe a pause is in order on the use of ivermectin for prophylaxis. It should certainly not be considered a reason to hesitate or oppose the current vaccinations.

Prophylaxis would involve hundreds of millions of people, and in the face of uncertainty, I am more comfortable with other preventive strategies. I suggest preserving ivermectin as a component option for acute covid that includes approved pharmaceuticals and other items that the FLCCC highlight, including vitamin C, zinc, quercetin, vitamin D, and melatonin.

Notwithstanding the above controversies, well informed specialists at the hospital bedside around the world, including in the U.S., are treating very ill patients with protocols including ivermectin and finding benefits. The freedom of physicians to use what they feel is necessary to preserve health and save lives, in my opinion, must be upheld.

Further complicating the news coverage of ivermectin, is the use of over-the-counter horse paste in anti-vaccination locales and concerns at poison control centers. The horse paste is often in an oral syringe, marked for weight adjustment, that contains enough ivermectin for a 1200-pound horse or 3-7 adults, depending on the weight of the person. It is obviously not recommended for human use; however the 0.2 mg/kg dose recommendation is the same – but given the safety data for ivermectin, reports of toxicity from single or short-term use, even when overdosed may be overblown.

A well informed, albeit unreferenced opinion, opposed to the use of ivermectin in prevention is that of Andrew Weil, MD, https://www.drweil.com/health-wellness/body-mind-spirit/disease-disorders/can-ivermectin-help-prevent-covid-19/, who nonetheless advocates for other aspects consistent with the FLCCC program.

In addition, Dr. Weil advocates for such interventions as medicinal immune enhancing mushrooms (such as Stamets 7 or My Community by Host Defense – https://hostdefense.com/products/stamets-7-capsules) and other herbs. A well informed, academically situated medical colleague has advocated for Wellness Formula by Source Naturals. This may be a good item to stock in a home prevention and treatment first aid kit.  Another well informed friend of mine advocates for higher doses of mineral ascorbates such as C Salts by Wholesale Nutrition rather than pills of ascorbic acid.

I regret that I cannot make more precise recommendations from a position of significant certainty. I am grateful for and advocate the current vaccinations, despite their unseemly corporate profits. I look forward to more scientific and health policy dialogue about all aspects of covid including the basic science, vaccinology, repurposed drugs, nutrients, and new treatments. Although there is a research-base on the FLCCC website for the nutrients and other components, many of the recommendations are based on expert and informed opinion and the general safety of the treatments.

I await the larger studies which will shed more light and interest on the role of ivermectin – although advocates on both sides may inevitably interpret the studies differently having different opinions about study design and execution. I am comfortable with most of the nutritional supplement strategies and general health recommendations of the FLCCC and of the Andrew Weil center. I continue to strongly advocate for the covid vaccinations.