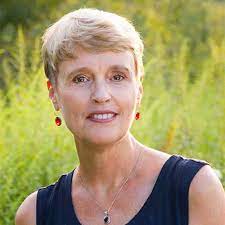 Dr. David Chesler is knocking at the door of the mighty U.S. National Institutes of Health. He has something urgent to share.

Dr. Chesler is a geriatric specialist at seven Virginia nursing homes. Early in the pandemic, he read studies showing that Ivermectin, a drug he’s used to treat the scabies, was effective against the coronavirus. He started giving it in late April. So far, he has treated 191 infected patients.

In the United States, the COVID mortality rate among nursing home residents is 12 percent — 146,000 deaths in all. In Chesler’s small sample in Virginia, the mortality rate is 8 percent.

In other words, if nursing homes nationwide followed Chesler’s lead, one-third fewer deaths would have occurred. Further, excluding his earliest outbreak – in which an eight-day testing turnaround delayed treatment – Chesler’s mortality rate is 5 percent, less than half the U.S. rate.

This is no small thing. Nursing homes have been decimated by COVID, accounting for nearly 4 of 10 U.S. deaths from the illness.

The drug’s role in nursing home care is no secret. Similar reports have come from homes in France, Cali, Columbia, Toronto and Lajeado, Brazil. In the French out…