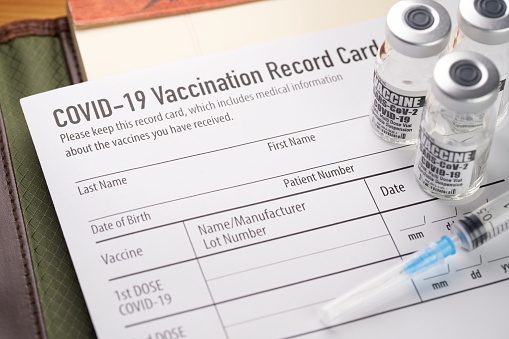 Joanne Kenen, a former POLITICO health care editor and a contributing POLITICO writer, is the Commonwealth Fund Journalist in Residence at the Johns Hopkins Bloomberg School of Public Health.

1, 2 STEP — A lot of parents are hesitant about getting their 5- to 11-year-olds vaccinated against the coronavirus. To overcome that apprehension — and avoid the racial and ethnic trust gaps that marred the early phase of adult vaccination — the White House needs sound policy, community allies, buy-in from the public health and medical communities.

Someone like the singer Ciara, a millennial mom of three with a huge social media following who visited the White House this afternoon to chat with First Lady Jill Biden about childhood vaccination. Not all of Ciara’s kids are yet old enough for this shot, but the singer — who is married to Seattle Seahawks quarterback Russell Wilson — said she’s a strong believer in immunization.

There’s a lot more to do. Since childhood vaccination began just a few weeks ago, there’s not a lot of data that breaks down which groups are most hesitantabout thesafety, wisdom and necessity of immunizing their kids. As the latest Kaiser Family Foundation update on vaccination trends noted, the Centers for Disease Control and Prevention is not publicly reporting race and ethnicity vaccination data broken down into age brackets, “limiting the ability to gain insight into vaccination patterns among children.” Only three states are currently tracking that in the 5 to 11 crowd.

The lack of data is worrisome, said Julie Morita, executive vice president of the Robert Wood Johnson Foundation and a former Chicago public health commissioner. “Data tells us where we’re doing a good job – and where the gaps are,” she said. “It guides us as we try to improve access and understand what the questions are” and which communities need to be engaged.

When vaccination of adults began nearly a year ago, the racial and ethnic trust gaps were enormous. Since then, they were largely closed, but it took significant effort. Yet the trust that was gained for adult shots across most sectors of the public (conservative white Republicans are now the most vaccine resistant) won’t automatically carry over to ones for children.

Parents don’t just worry about safety, said Kaiser’s polling expert Liz Hamel. They alsoworry about accessibility, about missing work to get their kids’ shots — and about cost, even though the vaccine is free.

Those two issues — not only the confidence that the vaccine is safe and beneficial, but also knowing where, when and how toget the free shot — need to be addressed pronto, before fears harden, said Lisa Cooper, a physician and leading expert on health equity at Johns Hopkins.

As the Ciara drop-by shows, the White House is not unaware. “Equity is the center of everything we do,” said a senior White House official who works on pandemic issues but who was only authorized to speak on background. “We’ve made substantial progress — and that reflects a tremendous amount of work.”

The Biden administration is partnering with community clinics, pediatricians, rural health clinics, community health clinics, mobile clinics, pharmacies, childrens hospitals and schools, the official said. Places that are trusted, accessible, part of the neighborhood. Places that don’t only operate Monday through Friday, 9 to 5. Or in the case of schools, places where kids can get the shot at on-site clinics during their school day — with written parental consent.

All in all, there are now about 30,000 sites that can vaccinate kids in this age bracket, the official said.

In and out of government, experts have learned that trust in vaccines builds over time.

Only about one-third of adults were ready to get a shot a year ago. Now, despite all the politicization of vaccination, 80 percent of adults have had at least one shot.

While some parents might want to “wait and see” before getting the shot in their children’s arms, some kids themselves may be more eager than mom or dad realizes, Cooper said.

So Ciara aside, maybe it will be the kids who turn out to be the influencers. Influencing their parents.