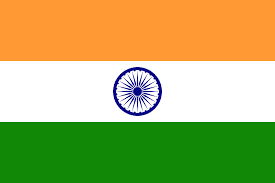 Depending on what media one follows, the world could be either viewed as one with a dire shortage of  COVID-19 vaccines, such as what World Health Organization (WHO) Director-General Dr. Tedros Adhanom described recently, or one increasingly awash in surplus COVID-19 vaccines. Dr. Tedros recently declared the need for a moratorium on boosters among the wealthy economies while the low-and-middle-income countries (LMICs) catch up. This position was highlighted in TrialSite‘s “World Health Organization Calls Out Rich Nations & Pharma—Enough Profits Not Enough Vaccines to the Poor” where some countries, particularly in sub-Saharan Africa, have under 5% of their population vaccinated against COVID-19. India uniquely represents one of the top 5 largest economies yet also includes one of the largest impoverished populations on the planet. Based on Tedros’ logic, India’s poor population should be struggling to access products, yet a mounting surplus of unwanted COVID-19 vaccines indicates a different reality.

Recently showcased in Indian media, an accumulating surplus of COVID-19 vaccines increasingly goes unwanted as hospitals can’t sell them to any other groups or even return them to the manufacturer. The products sit idly in storage, and hospitals that try to return products to the manufacturers find closed doors in this second most populated nation and fifth-largest economy.

While India experienced a huge surge in COVID-19 cases from April and May 2020, a heroic effort across states and regions—involving proactive public health measures contributed to a rapid turnaround. The pandemic has since stabilized although there was a slight uptick in cases and deaths in October. Now, authorities find it increasingly difficult to vaccinate the rest of the population.

In India, over 1 billion doses of vaccines have been administered. Presently, a quarter of the population has been fully vaccinated with a little over half receiving at least one jab. But importantly, the rate of full vaccination is slowing as increasingly Indian health consumers start questioning the need for the vaccine.

The Times of India reports that in the nation’s biggest city, Mumbai, hospitals possibly possess over 85% of the unused doses, while “Vaccination in the city’s private sector nosedived in October” based on an entry from the Times of India.

For example, in Malad, a suburb north of Mumbai, Sanjeevani Hospital’s website makes it very apparent that they have COVID-19 vaccine products available.

There are 7,000 doses of unused Covishield (the Oxford/AstraZeneca vaccine produced by Serum Institute of India) worth about $5 million in the U.S., however, according to the hospital’s director, Dr. Sunil Agarwal, “I’ve approached both the manufacturer and BMC, but nobody is willing to take the vaccines.” Dr. Agarwal continued, “We are willing to liquidate it at a discount of 30%…it is better than doses going to waste altogether.”

But what happened to the supply of vaccination subjects? Vaccination foot traffic at the hospital has plummeted from thousands per day to 20 to 25 people at the most.

A comparable situation occurs within the Western Suburbs of this metropolis of over 12 million. At the 80-bed Oscar Hospital, their director Dr. Nitin Pawar reports they have about 25,000 doses in storage, including all three vaccine brands in India which are Covishield (SII), Covaxin (Bharat Biotech), and Sputnik (Gamaleya Institute Russia). He hopes the government approves a booster shot to prime the pump of demand. But the doctor declared, “Hardly any people are coming forward” for inoculation. The government shortened the interval between doses, suggests Pawar.

The Surana Group of Hospitals reports a similar problem. The health company’s head, Dr. Prince Surana, shared with the Times of India’s Sumitra Debroy that many hospitals are trying to sell their surplus vaccines but there are few to no takers.

Authors from a group of pharmacy institutes in India wanted to better understand vaccine hesitancy in this heavily populated nation. Titled “COVID-19 vaccination hesitancy in India: State of the nation and priorities for research” the authors, led by corresponding author Sneha Chandani with the Dr. D.Y. Patil Institute of Pharmaceutical Sciences and Research in Pune, found in a survey involving 1638 participants across 27 states and union territories the following:

This means that currently, in India, at least 37% are likely not going to get a vaccine while another 20.63% could be open but obviously were not even aware. With 1.4 billion people, it is likely that about a third or 462 million in India won’t accept a vaccine—a vast population equal to combining the entire population of the United States, Germany, and Spain.

Nearly 70% of the study population expressed concerns about the COVID-19 vaccine however, marked differences could be observed based on demographics, educational background, age, etc.

Yet another study concerning the Indian population found that about 60% of the 1.4 billion population is vaccine-hesitant.

While WHO’s Director-General lamented the lack of vaccine products in poor countries, the nation with the largest segment of poor people anywhere in the world is awash in surplus COVID-19 vaccines with few takers. Anywhere from 60% to 70% of the world’s second-most populous nation appear to harbor material concern about the COVID-19 vaccines.