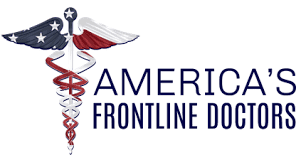 — This past week in healthcare investigations

Welcome to the latest edition of Investigative Roundup, highlighting some of the best investigative reporting on healthcare each week.

Debunked Physician Group on the Front Line of Ivermectin Battle

America’s Frontline Doctors (AFLD) has continued to promulgate the controversial drug ivermectin as a COVID-19 treatment, linking patients to providers who promise to write prescriptions for the antiparasitic, reported Time.

Sometimes these promises are fulfilled, but other times AFLD charges patients the typical $90 consultation fee and leaves them hanging when pharmacies refuse to fill the scripts because the drug is not approved to treat COVID.

On an intake form, “prospective patients are asked, ‘What medication do you prefer?’ The user is then presented with three options: ‘Ivermectin,’ ‘Hydroxychloroquine’ or ‘Not sure,'” according to another report from NBC News.

Moderators of AFLD’s Telegram account said that the group has been overwhelmed by demand for ivermectin, telling users to “blame the CDC for the blockade” of the drug. Once the physician fee is paid, “this is out of AFLDs hands operationally because of HIPPA [sic],” they said.

AFLD also has been offering legal resources for healthcare workers who are trying to evade employers’ COVID vaccine mandates, according to Time, with some supporters reporting that “employers laughed off the vaccine-exemption forms they’ve [consumers] printed off the AFLD website.”

The group’s behavior has hurt its nonprofit standing. It is registered in Arizona as the “Free Speech Foundation,” but after it did not submit its annual report, its charitable status was recently dropped to “pending inactive.”

Despite this, AFLD’s Telegram account has surged to 160,000 users and its website traffic has quadrupled since April. The group has also crafted “Citizen Corps” chapters in many states, replete with their own Telegram channels and public events, Time reported. Gold spoke at an anti-vaccination protest in Santa Monica, California, just over a week ago.

Like other media outlets, Time had trouble divulging much other information about AFLD: “It’s hard to pin down how many people the group employs, how much money it’s taking in, or how that money has been spent, in part because the non-profit has failed to file required disclosures.”

AFLD did not speak to Time for the story.