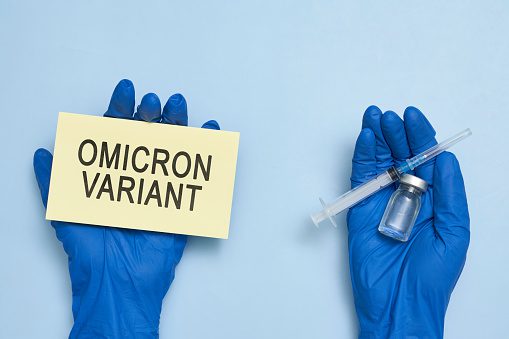 With what seems like a continually unfolding and mutating Omicron variant of SARS-CoV-2, what is known about this variant, and it’s sub-variants? Is Omicron more transmissible yet less severe in impact? If so, why are some countries such as Australia, New Zealand, and South Korea experience unprecedented COVID-19 surges in heavily vaccinated populations? Does Omicron have more variants or sub-variants than predecessor SARS-CoV-2 mutations? How might this impact the human population? Impacting the course of the pandemic, Omicron’s transmissibility has markedly increased COVID-19 infections worldwide. The highly transmissible yet more mild mutant, and its sub-variants, changed the course of the pandemic with its ability to evade vaccine-induced antibodies and even natural immunity. Unprecedented levels of infected populations would lead to more hospitalization and death even through overall rates of hospitalization and death may be lower.

Omicron seems different from previous SARS-CoV-2 variants, given its transmissibility and dynamic tendency to mutate into sub-variants. With more sub-variants from BA.2 to BA.4 and BA.5 this pathogen seems to dynamically evolve faster than the previous COVID-19 viruses. But how much faster? How much more transmissible? While the average infection may be milder given the level of transmissibility, the pathogen still possesses considerable threats.

A lineage to SARS-CoV-2, the virus behind COVID-19 called the BA lineage (B.1.1.529) and first reported by the World Health Organization as “Omicron.” As cases of SARS-CoV-2 cases continue, many to most now sequenced belong to this variant of interest or a subvariant.

When was it first identified?

How much faster is Omicron as compared to the Delta variant?

Approximately 70 times faster than the Delta variant in the bronchi, the lung airways. This observation was first made in a study by the University of Hong Kong.

Yes. Generally, Omicron infections are milder as reported by the New York Times. According to some reports, Omicron is not only 91% less fatal when compared to Delta, but also involves a 51% less chance of hospitalization according to research, including the results of a CDC-led study uploaded to the preprint server medRxiv. Moreover, this newer mutation, as compared to Delta, may not penetrate as deeply into the lung tissue, reported University of Minnesota CIDRAP summarizing a University of Hong Kong finding. The Imperial College of London’s study also revealed Omicron to lead to less hospitalization.

Does Omicron more easily evade vaccines and natural-induced natural antibodies (from previous infection) more than other mutations of COVID-19?

Yes. This means we see far more breakthrough infections as well as reinfections despite someone’s previous COVID-19 infection. More on this topic below.

At the population level can we still have lots of severe infections, hospitalization, and even death despite the fact that Omicron leads to a less severe infection generally?

Yes. Imperial College London points out that based on multiple research efforts, including one there due to Omicron’s high rate of transmissibility, there will be far more people in hospitals, which may very well still lead to greater aggregate numbers of hospitalization and death.

TrialSite has reported on nations like Australia, New Zealand, and South Korea with high rates of vaccination, yet with a predominant Omicron in circulation, these countries experience record surges of cases (a majority being breakthrough infections meaning fully vaccinated persons are impacted) along with record surges of hospitalizations and deaths—again most of the deceased are vaccinated and a majority elderly.

Yes. Multiple studies demonstrate benefits, such as a University of Science and Technology, Hong Kong study suggesting that what was considered full vaccination (two doses) provides a person 30 to 40% protection against infection (this is way down from previous strains) and approximately 70% protection against hospitalization. Other studies suggest a third vaccine booster dose can help bolster protection. A CDC study tracking data from the end of 2021 to January 2022 suggests vaccination helps protect against Omicron. Another report by UK’s Health Security Agency (UKHSA) suggests the third dose help boost protection up to as high as 88%.

Does the risk-benefit analysis impacting vaccination change based on Omicron?

Despite the fact that Omicron is less infectious, there aren’t any popular analyses that agencies such as the CDC make available to help the public calculate their own personal risk.

The response to COVID-19 has come in the form of an unprecedented global mass vaccination program conducted by governments and the WHO worldwide. A top-down approach driven by government, industry, and academia and promoted by the mass media,  the vaccines are assumed to be safe and effective, and given the mutational impacts of Omicron, the third and even fourth boost for some cohorts are recommended by various governments as a way of offering continued support.

However, the COVID-19 vaccines are not 100% safe. These are first-generation vaccines targeting a novel pathogen that were developed in less than a year. The number of adverse events and deaths registered in systems such as the CDC’s Vaccine Adverse Event System (VAERS) are unprecedented. However, to date, government agencies in places like America, while recognizing rare risks such as myocarditis, actually deny most of the deaths recorded in VAERS, for example, are associated with the vaccines.

How do scientists, researchers, and medical professionals view the risks versus benefits?

The great majority form a consensus that COVID-19 vaccination makes all the sense given the risks of COVID-19 infection; while a growing group of scientists and others, such as journalists in the field, start to raise questions about the vaccine, mass vaccination, and implications including safety; and still yet a more critical minority represented by individuals such as Dr. Peter McCullough call for at least a pause on all COVID-19 vaccination to fully investigate safety risks.  McCullough et al. point out that the existing medical literature now shows plenty of evidence for safety issues associated with the vaccines.

Yet an even smaller, fringe group of doctors, scientists, and others often leaning way to the right (but sometimes to the left) suggest a variety of conspiratorial implications of the virus and vaccination. Many of these groups and individuals are courted by right-leaning media (or Substack) for monetization or political gain.

Regardless, governments such as the Biden administration will simply blame misinformation on social media, calling for more censorship  (e.g., the POTUS’ ‘Ministry of Truth’), which is by no means the answer to avoid or transcend conspiratorial rumblings and broader and more pervasive politicization—actually, a more open embrace of the true unfolding science in all of its nuances—rather than a party line promulgated for pragmatic expedience—could possibly help reduce the unfortunate politicization of the pandemic.

How many variants (or sub-variants) of Omicron are out there now?

Omicron has more variants than previous variants of concern, such as delta. This is the case because Omicron has spread so fast, affording it more opportunity for mutation of its own, leading to several sub-variants such as the first two (BA.1 and BA.2) and others, including BA.1.1, BA.3, BA.4 and BA.5.

At least 32 mutations affect the spike protein, which of course, is the main antigenic target of vaccine-induced antibodies. According to research captured in articles in the Nature and Financial Times, Omicron’s spike protein mutations aren’t observable in other variants of concern.

Are these sub-variants a concern?

Yes. These mutations may make the pathogens more infectious, leading to more numbers of reinfections, making vaccination and natural immunity less protective. Are these variants more dangerous or perhaps hyped by the media? TrialSite features some perspective on the matter, commenting that infections with these subvariants were growing in South Africa.

In fact, COVID-19 cases are now on a marked rise in South Africa. At over 8,000 new cases by Saturday, May 14, according to data from Johns Hopkins University, hospitalizations and deaths appear to be increasing now as well. TrialSite will monitor.