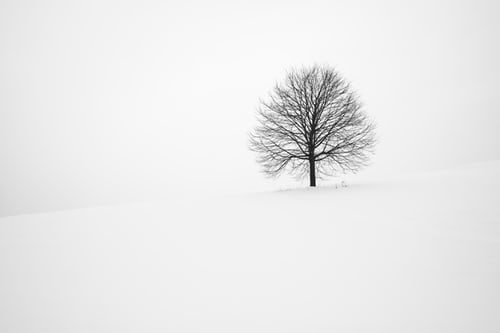 Nationwide, the Delta wave is waning, but what do the coming months hold?

By Dhruv Khullar, a contributing writer at The New Yorker, is a practicing physician and an assistant professor at Weill Cornell Medical College.

The coronavirus pandemic in the United States appears, for the moment, to be in retreat. Since the start of September, daily cases have dropped by a third, and daily hospitalizations have fallen by more than a quarter. Covid deaths, which generally lag behind infections by a few weeks, are now starting to decline from their peak. There are still areas of the country that are struggling. In Alaska, where only half the population is fully vaccinated, hospitals are at capacity and doctors have had to ration intensive care. But, nationwide, the Delta wave is waning. The question now is: What does the winter hold?

There are reasons for optimism. Seventy-eight per cent of adults in the U.S. have now received at least one dose of a covid vaccine, and recent mandates are pushing this number higher. Millions of vulnerable Americans are now getting booster shots, and by Halloween Pfizer-BioNTech’s vaccine may be authorized for use among children aged five to eleven. Earlier this month, Merck announced that its antiviral drug molnupiravir roughly halves the likelihood that people with mild or moderate covid will be hospitalized or die. Because the drug is administered orally—not by infusion or injection, as monoclonal antibodies are—it could dramatically change how covid is treated outside of hospitals, and result in fewer people ending up inside them. Meanwhile, rapid antigen tests, which can help schools and workplaces open more safely, appear to be on the brink of widespread use. This progress is unfolding against an epidemiological backdrop in which at least a third of Americans have been infected by the virus and carry some level of natural immunity.

But there’s also a less promising scenario. The U.S. has the lowest vaccination rate among wealthy democracies, and has now fallen behind many poorer nations, such as Uruguay, Cambodia, and Mongolia. The anti-vaccine movement remains a potent force. Last Monday, protesters tore down a covid testing site in New York City. According to the Kaiser Family Foundation, one in six adults nationwide remains adamantly opposed to vaccination; only a third of parents say that they plan to get their children inoculated immediately after the vaccine is authorized, and a quarter say that they “definitely” won’t. In the U.K., ninety-seven per cent of people over sixty-five are fully vaccinated; during the Delta wave there, daily cases reached eighty per cent of record levels, but daily deaths only eleven per cent. Just eighty-four per cent of older Americans are fully vaccinated, and cases and deaths are more tightly coupled: both recently reached around two-thirds of last winter’s levels. “Are we going to have as bad a surge this winter as last winter?” Ashish Jha, the dean of Brown University’s School of Public Health, asked. “I think we can definitively say no. But what people don’t appreciate about Delta is that it finds pockets of unvaccinated people and just rips through them. If you’re an older person living in this country, and you’re not vaccinated, it’s going to be a very bad winter.”