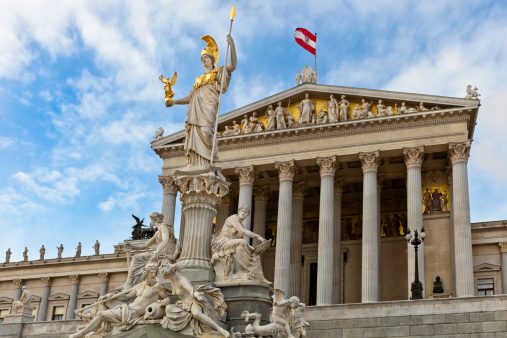 A series of restrictions, including a lockdown in Austria, is expected to put a brake on economic growth.

By Patricia Cohen and Melissa Eddy

Europe’s already fragile economic recovery is at risk of being undermined by a fourth wave of coronavirus infections now dousing the continent, as governments impose increasingly stringent health restrictions that could reduce foot traffic in shopping centers, discourage travel and thin crowds in restaurants, bars and ski resorts.

Austria has imposed the strictest measures, mandating vaccinations and imposing a nationwide lockdown that began on Monday. But economic activity will also be dampened by other safety measures — from vaccine passports in France and Switzerland to a requirement to work from home four days a week in Belgium.

“We are expecting a bumpy winter season,” said Stefan Kooths, a research director of the Kiel Institute for the World Economy in Germany. “The pandemic now seems to be affecting the economy more negatively than we originally thought.”

The tough lockdowns that swept Europe during the early months of the pandemic last year ended up shrinking economic output by nearly 15 percent. Buoyed by a raft of government support to businesses and the unemployed, most of those countries managed to scramble back and recoup their losses after vaccines were introduced, infection rates tumbled and restrictions eased.

In September, economists optimistically declared that Europe had reached a turning point. In recent weeks, the main threats to the economy seemed to stem from a post-lockdown exuberance that was causing supply-chain bottlenecks, energy-price increases and inflation worries. And widespread vaccinations were expected to defang the pandemic’s bite so that people could continue to freely gather to shop, dine out and travel.

What was not expected was a series of tough government restrictions. A highly contagious strain — aided by some resistance to vaccines and flagging support for other anti-infection measures like masks — has enabled the coronavirus to make a comeback in some regions.

“The lower vaccination rates are, the gloomier the economic outlook is for this winter term,” Mr. Kooths said.

Roughly two-thirds of Europe’s population has been vaccinated, but rates vary widely from country to country. Only a quarter of the population in Bulgaria has received a shot, for example, compared with 81 percent in Portugal, according to the European Center for Disease Prevention and Control.