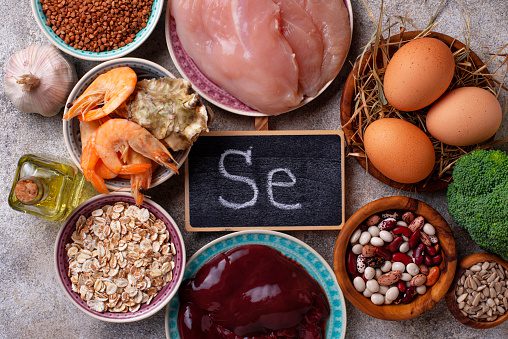 By Hai-Yang Zhang as published May 19, 2021 in BMC Infectious Diseases ~ a Part of Springer Nature with Commentary by Mark Bricca, ND

Here’s an interesting paper below that draws a clear association between Se (Selenium) content of soils and associated Covid-19 case fatality rates in various locales in China.

Of course, “association does not equal causation,” and there could certainly be additional factors at play here.  That said, selenium’s vital role in immune function is well known, which is why it is often mentioned in protocols relating to immune support, generally as well as related to Covid-19.  Moreover, having spent time in China, I know that, outside of large cities, people who live in rural China still eat predominantly food that is raised/grown locally.  Therefore, I would expect there to be pretty good concordance between regional soil Se content and the Se content of people’s diets outside of significant Chinese metropolitan areas.

To me, this association highlights the way Covid-19 is reflective of the larger polycrisis: Depleted soil fertility and widespread malnutrition (including in the U.S., where illnesses related to chronic poor nutrition–cancer, CVD, DM, dementia, etc–are rampant) make people significantly more susceptible to Covid-19, and to worse outcomes in cases of illness.  The treatment?  How about caring for/enriching our soil fertility for starters?  (Note: I, personally, believe it will be difficult if not impossible to do this without involving [healthfully raised] animals in our agriculture, since animals have played an integral role in the maintenance of soil fertility where land has been cultivated for millennia… )

Next up: Prioritizing good nutrition for all people, and making it *more affordable* than processed foods.  Totally doable, although motivation/profit motive for this initiative is sadly lacking. 🙁
Shortcuts: People (with means, since supplements aren’t an option if one is just trying to pay the rent and meet basic survival needs… ) can supplement selenomethionine or selenized yeast, 200mcg daily, in a multi- or standalone supplement.  Or, lower tech, they can eat a couple Brazil nuts daily.  Is this likely to be discussed in the media?  Unfortunately, no.  Potential benefit?  Huge.  Potential risks?  Virtually none, except reduction in cancer risk as a “side effect” of increasing selenium sufficiency among the general population.

COVID-19 has impacted populations around the world, with the fatality rate varying dramatically across countries. Selenium, as one of the important micronutrients implicated in viral infections, was suggested to play roles.

An ecological study was performed to assess the association between the COVID-19 related fatality and the selenium content both from crops and topsoil, in China.

Regional selenium deficiency might be related to an increased CFR of COVID-19. Future studies are needed to explore the associations between selenium status and disease outcome at individual-level.