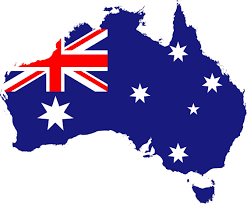 As 2021 drew to a close, many Australians were cautiously optimistic that the worst of the Covid-19 pandemic was behind them.

The country had surpassed ambitious vaccine targets, meaning its rolling lockdowns could cease, both internal and international borders would reopen, and as Prime Minister Scott Morrison declared, it was now possible to “live with this virus.”

But as Australia moved to change course on its pandemic strategy, the highly transmissible omicron variant hit. In just over a month, cases have risen from around 1,000 a day to more than 100,000 a day. Hallmarks of the pandemic that Australia mostly avoided began to emerge. The health system is buckling. Many supermarket shelves are bare as sick workers stay home.

Despite this surge in cases, most Australian states and territories are holding the line and allowing the virus to circulate in their communities, which critics have labeled the “let it rip” approach. But is it all bad news?

‘Should we be doing this?’

For much of the pandemic, Australia aimed for zero Covid cases, employing regular lockdowns (the country’s second-largest city, Melbourne, was in lockdown for more than 260 days) and extremely strict border policies. And it worked —  the nation’s Covid mortality rate has been among the lowest in the world.

But as the pandemic ground on, the government decided restrictions could start to be dramatically loosened when a state or territory vaccinated 80 percent of its over-16 population. All states and territories achieved this in the final months of last year.

Practices that had become part of everyday life, such as wearing masks in certain settings and checking into venues via government apps for contact tracing purposes, were soon relaxed. (Australia did require that international arrivals be vaccinated, leading to the Novak Djokovic saga.)

Alexandra Martiniuk, a professor and epidemiologist at the University of Sydney, said the timing of Australia’s U-turn was not ideal.

“[Some states and territories] really got down to very few restrictions, just as there was the emergence of omicron. … Scientists, other experts and also some in the public were asking, ‘Hey, is this smart? We actually don’t know omicron well enough. Should we be doing this?’”  she said.

“We should have changed our plan when we saw omicron arrive. … We barged straight into a dark room without knowing what was in there.”

Like many countries around the world, omicron has hit Australia hard. Some states and territories that once went weeks without a case now have thousands or tens of thousands of cases each day.  The number of daily deaths has jumped from around 10 in December to more than 50.

And the strain has been felt across the country.

First, testing systems quickly became overwhelmed. People waited for hours at PCR testing facilities, with results delayed for days. Many pharmacies and shops have ran out of rapid tests and those that still have some face accusations of price gouging.

Some convenience stores and restaurants have been selling rapid tests via the Uber Eats app at inflated prices, and one Australian has created a website to help people use a live map of their towns and cities to find where a rapid test may still be available.

With cases spiking so quickly, workers of all stripes have needed to take time off because of sickness or to meet isolation requirements, affecting many industries and supply chains.

Supermarkets are short of certain products. Trains in Australia’s biggest city, Sydney, are running on a reduced timetable due to a lack of staff. And KFC restaurant outlets are facing a chicken shortage.

“Omicron is a beast. Every country is dealing with it, and it never would have been perfect [in Australia]. … But what we could have done is bend the curve — slow the number of people who got it,” Martiniuk says.

In the face of omicron, states and territories have reintroduced some limited Covid restrictions, such as  mask mandates and banning singing and dancing at certain venues.

The one state to have dodged the omicron surge is Western Australia, which has maintained a hard border with other states and territories. It remains almost free of Covid, but has faced criticism for not allowing fellow Australians to enter, even for compassionate reasons.

The prime minister and other state and territory leaders point to Australia’s vaccination rate as a key reason why the country will weather the omicron storm.

Around 77 percent of the overall population has received two doses of the vaccine, compared with around 62 percent in the United States.

And the Australian government often trumpets another number — around 92 percent of the over-16 population has received two vaccine doses.

Australia has also ramped up its efforts to disseminate the booster shot.

Peter Collignon, a professor and infectious diseases expert at the Australian National University, said Australia’s high level of vaccination meant it was in a “good place” to deal with omicron.

“This is serious, we need to take precautions, but it’s not all doom and gloom,” he said.

“In the initial waves of Covid, for every 100 people infected, we had one death,” he said. “Now we’re seeing a tenfold, at least, rate lower than that. And that’s a reflection of vaccination. So that’s good news. … Plus, omicron itself does appear to cause less severe disease.”

Australia’s initial tough approach toward Covid, followed by its slow but successful vaccine rollout, have meant the number of deaths attributed to the virus has been around 2,500, compared with around 846,000 in the U.S.

“And one plus side of this is if we have a large proportion of the population that is vaccinated and has asymptomatic or mild disease, it may put them in a better place come next winter, which will be the next expected uptick in cases,” Collignon said.

Amid criticism about the government’s response to the omicron surge, the prime minister maintains Australia is well-placed to get through to the other side.

“You’ve got two choices here: You can push through or you can lock down. We are for pushing through,” Morrison told reporters.

“It’s going to be tough. The whole pandemic has been tough and Australians have shown resilience, patience and determination. … The best possible medical advice is to push through.”

Omicron “has been moving at a very quick rate compared to our early estimates. … What we’ve also seen is the severity of it being far less than perhaps was anticipated.”

And with an election approaching in Australia, the pandemic is as much of a political contest as ever.

“The ‘let it rip’ approach is creating major issues in our health system, with people under such enormous pressure,” he told reporters.

The approach, he added, “is tearing communities apart. That’s the truth.”