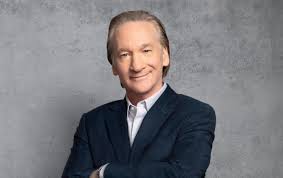 You are allowed to disagree, Bill Maher argued during his Friday Real Time on HBO. And he brought up two instances of news this week from the world of television to underline his point.

Maher talked about Whoopi Goldberg’s crisis and suspension from The View because of her analysis of what the Holocaust was really about. Maher, who has been targeted by Goldberg in the past, said he was not in favor of her cancellation, “as much as I disagree with her crazy statements.”

He pointed out Goldberg’s show is called THE View, emphasis on “The.” That’s the problem in America,” he said. “There is one true opinion, and everyone else can go sit in the corner.”https://imasdk.googleapis.com/js/core/bridge3.496.0_en.html#goog_122831478110 SecJackass Forever | Film Review

He pointed out a time where Goldberg defended quarterback Michael Vick, who was suspended from football for his role in a dog fighting ring. Goldberg was a rare defender of Vick when that situation emerged, pointing out that his southern heritage and cultural upbringing normalized such behaviors.

“I don’t agree with her, but we grew up in two different worlds,” Maher acknowledged. “The answer is not to make them sit in a corner.” He added that the request that Goldberg use her suspension to “reflect and learn” is “so insulting.” There is no “impact” from her words, he said. “There are not neo-Nazis waiting for the green light from a lady on The View.

Panelist Katherine Mangu-Ward, the editor-in-chief of Reason Magazine and co-host of The Reason Roundtable podcast, was supportive of Maher’s views. “Not everything has to be for everybody,” she said. She added that The View is a particularly weird place. “It’s not called “The Facts.”

Johann Hari, author of Stolen Focus: Why You Can’t Pay Attention — And How To Think Deeply Again, also decried silencing others. “We don’t need free speech when we’re right. We need it when we’re wrong.”

Maher also brought up former CNN President Jeff Zucker, who resigned from that news organization this week, allegedly for failure to disclose an affair.

“He is 56 and having a relationship with a 49-year-old who is also an executive – and he had to resign over that? I don’t underand that. “

Mangu-Ward agreed. “I would be delighted to never know anything about the sex life of CNN C-suite,” she said. But she also brought up that the resignation may have been tied to anchor Chris Cuomo’s problems. The desire to keep things quiet may be tied to Zucker’s failure to disclose. “Let’s look into that,” she said.

Maher had a rejoinder.”In the old days, this was called discretion.”

Earlier in the show, Maher had a one-on-one with Congressman Ro Khanna, who represents California’s 17th district and is author of the new book, Dignity in a Digital Age: Making Tech Work for All of Us.

Khanna defended the Democrats economic message, which he said was focused on providing digital jobs opportunities in areas outside of Silicon Valley, New York, and Austin.

Wrapping up his show, Maher took a cynical look at the mixed message on the pandemic being delivered by some in government and health officials. That’s even as certain leaders appear maskless at public events, and rules abound about wearing masks in restaurants while walking to your table, but not while eating or drinking, all of which defy common sense.

While some other countries are scaling back and relaxing pandemic protocols, certain areas of the US refuse to budge. “We are afraid to identify threats by likelihood,” Maher said. “When people ask me why are you so skeptical of what medical professionals tell us? I’ve seen this before,” he said, citing the HIV panic in 1987, wherein some predicted a wave of hetrosexual transmission that never materialized.

Maher called for an end to fear campaigns, pointing out that the likely targets for Covid-19 health problems – the elderly, the obese, the unvaccinated – were not his responsibility at this point.

“Doesn’t it make more sense to let the rest of us go back to living normal lives?” he asked. “There will always be another variant.”

Maher called for a return to “something like normal,” and pointed out the various times the Centers for Disease Control and Prevention have delivered wrong messages.

“We’ve had this problem in medicine for a long time,” he said. “The same people who always say get a second opinion want only one in the public debate. They have not earned the right to claim monopoly status.”