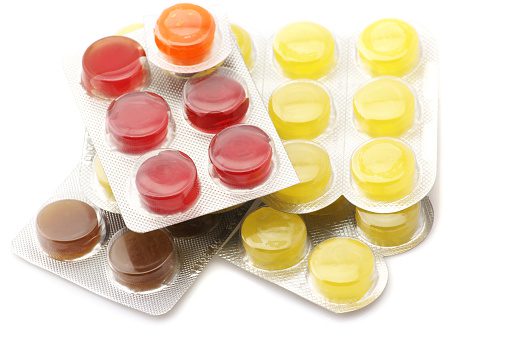 An Austrian-led study points to the intriguing potential of iota carrageenan-containing lozenges for fighting at least mild SARS-CoV-2 viral infection. Led by corresponding author Martina Morokutti-Hurz, the study team concluded from their registered clinical trial that sucking on iota carrageenan-based lozenges releases enough iota carrageenan to actually neutralize most common respiratory viruses including SARS-CoV-2, the virus behind COVID-19. The study authors conclude that such lozenges would be “an appropriate measure to reduce the viral load at the site of infection” and therefore possibly not only reducing transmission to others but also inhibiting the spread of COVID-19 to the lower respiratory tract. TrialSite provides a brief overview of the study, findings, and background. This story goes back in time but from time-to-time TrialSite reminds readers that several low-cost approaches to treating COVID-19 should be aggressively pursued.

Carrageenan, a class of natural occurring sulfated polysaccharides, has been pervasively used for food additive processes for decades. The substance is extracted from red edible seaweeds. Irish moss, a dark red parsley-like plant that grows attached to rocks represents the most common source to obtain hydrophilic colloids to produce the carrageenan. A number of countries produce seaweeds containing iota carrageenan: China and Indonesia lead the way with an annual production of 10 million tons each, while the Philippines and Korea produce one million tons each.

Widely used in the food industry, carrageenan has also emerged as an important for tissue engineering, wound coverage and drug delivery according to academic research.

Iota carrageenan has also been used in some clinical research targeting COVID-19. TrialSite reported on the IVERCAR study in Argentina. This study was based on previous preclinical research led by Americans and Argentinians that indicated 6 µg/mL of iota carrageenan and 5% concentration Xylitol inhibited SARS-CoV-2 in a laboratory cell culture. In IVERCAR, Buenos Aries-based Eurnekian Public Hospital found that the combination of carrageenan plus ivermectin has significant virucidal effects leading to enhanced protection against COVID-19.

The purpose of the clinical trial was to determine the sufficiency of sucking lozenges that contain iota carrageenan in preventing COVID-19’s side effect which is the common cold. The trial was conducted by Dr. Martina Morokutti-Kurz, a virology expert from Marinomed Biotech AG, and other experts from the Institute of Virology of Friedrich-Alexander University Erlangen-Nürnberg (FAU) in Germany.

Marinomed Biotech AG is a biopharmaceutical company that researches and develops therapies that could treat respiratory and ophthalmic diseases. Founded in 2006, their first ever product was Carragelose, developed the following year. Key people included in the clinical study were Martina Morokutti-Kurz, Nicole Unger-Manhart, Philipp Graf, and Julia Kodnar, currently employed by Marinomed Biotech AG, while Eva Prieschl-Grassauer and Andreas Grassauer were co-founders of the company.

The study hypothesis:  Does the iota carrageenan-based content in the saliva of study participants (e.g., those who consumed the Carragelose lozenges) materially inhibit the replication of four of the most common respiratory viruses causing the common cold? The study included secondary objectives in a bid to determine if the average iota carrageenan concentration in the saliva during the consumption of the lozenges reaches the point to inhibit other viruses including SARS-CoV-2.

The study which has with 31 participants, was conducted in a hospital in Vienna last July 2020. The 31 people included consist of male and non-pregnant female subjects with no sign of any respiratory infection.

Participants were instructed to collect saliva inside their mouths after sucking one lozenge that contains 10 mg of iota carrageenan. They were also instructed not to swallow their saliva. Each participant provided 5 mL of saliva. Saliva samples from 27 participants were suitable for analysis; the other four samples had traces of blood in it due to gum bleeding and had to be excluded from the trial.

The results showed that the concentration of iota carrageenan in the saliva samples was 121 times the level needed to prevent replication and binding of SARS-CoV-2. They concluded that the trial was a success and concluded that one lozenge has enough iota carrageenan to reduce the viral load at the site of infection, and consequently reduce transmission of the virus.

Other research into Carrageenan and COVID

From the same company, another clinical study for nasal spray products containing iota carrageenan also had a positive result. The purpose of the study was to determine whether the nasal spray could protect health care workers managing patients with COVID-19 from contracting the disease. Ten hospitals in Argentina participated in this trial that started in July 2020. A total of 394 participants were included in this study. The participants were physicians, nurses, kinesiologists, and other hospital workers who treat patients with the virus but had no history of COVID-19. A screening was also done to ensure that the clinical study results would not be compromised.

The participants were provided with 4 doses of the nasal spray for 21 days. They were monitored daily with RT-PCR tests. With the data they collected, they concluded that the nasal spray was safe and effective in COVID-19 prevention for health workers who are treating patients with the virus. Based on their findings, there is 80% relative risk reduction and 4% absolute risk reduction when using the nasal spray.

A product name called Coldamaris, produced by Sigma Pharm, was the subject of a study in Vienna in August 2020. Their findings were also the same as Marinomed’s clinical study and corroborate the efficacy of iota carrageenan lozenges specially when taken in earlier stages of COVID-19 infection. Their findings from the 31 participants who volunteered for the study showed that the concentration of iota carrageenan in their saliva exceeded the level needed to inhibit 90% of viral binding and replication.

There is some evidence that the carrageenan ingredient of the lozenge, though widely used, could cause or trigger inflammation, gastrointestinal ulcerations and damages the digestive system. Based on these findings, people have been petitioning to label products with carrageenan and insert a warning for its side effects or to remove it entirely.

Limited studies showed that it could cause bloating, irritable bowel syndrome, glucose intolerance, colon cancer and food allergies. When this ingredient triggers inflammation, it could also lead to inflammatory bowel disease, arthritis, tendonitis, and chronic cholecystitis.

Since these are only a few studies regarding the possible side effects of carrageenan, more human studies should be conducted to confirm their repeatability. The US Food and Drug Administration class this ingredient as a permitted food additive, which means that they see it as a safe ingredient to consume if the additive is in accordance with some conditions like where it is extracted, how it was processed, and more specifically, the range of sulfate content should only be from 20% to 40%.

These trials indicate that iota carrageenan could be one of the drugs that could help the world transition from “pandemic” to “endemic”. TrialSitewill continue to monitor the potential of carrageenan as a prophylactic or treatment in the COVID-19 scene.

A specialist biopharma company, Marinomed Biotech AG specializes in the development of products based on patent protected technology platforms in the field of respiratory and ophthalmic diseases.  Two key platforms include the Marinsolv® technology platform and the Carragelose® platform. While the former focuses on allergy and autoimmune disease the latter, relevant for the study, focuses on viral infections of the respiratory tract such as the novel coronavirus (SARS-CoV-2).