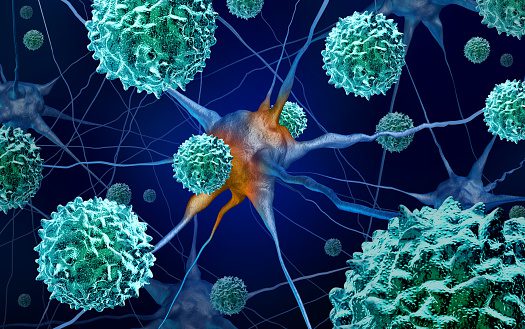 Recently preliminary findings of a study were published in Pediatric Neurology in December suggested that neurologic manifestations were common in children hospitalized from COVID-19 and multisystem inflammatory syndrome in children.

The study team sought to discover the early impact, recurrence, and risk factors for the neurologic manifestations from the illnesses.  Totaling 1,493 children, the median age equaled 8 years old with the following demographics:

Most COVID-Positive Children Had Comorbidities

Fifty-eight percent of the children studied, or 863 children, had a pre-existing condition – 20% of those were respiratory and 20% neurologic. The most common acute, constitutional, non-neurologic symptoms reported were fever (64%), cough (36%), and anorexia (29%).

There were 30 participating centers in the preliminary study, with 26 located in North America. Endorsed by the Neurocritical Care Society and the Pediatric Neurocritical Care Research Group, nearly all the centers were university-affiliated and nearly two-thirds were free-standing pediatric hospitals.

The centers collected data from a patient’s medical record including patient characteristics such as pre-existing conditions, disease details, testing results such as COVID-19 testing, COVID-19 and MIS-C related treatments, patient outcomes at hospital discharge, hospital characteristics such as the number of beds available. Rehabilitation consultations like physical therapy were also including in reporting.

There were no exclusions in the study aside from children who have been previously enrolled.

Dr. Ericka Fink received her M.D. from Jefferson Medical College. She is an Associate Professor of Critical Care Medicine and Pediatrics at the University of Pittsburgh. Pediatric critical care outcomes with an emphasis on neurocritical care is a research, clinical and academic interest for Fink.

Dr. Courtney Robertson received her M.D. from the University of Texas Medical Branch at Galveston. She is an associate professor of Anesthesiology and Critical Care Medicine at Johns Hopkins. Her research interests include pediatric neuro-intensive care with an emphasis on acute brain injury and recovery in children.

Dr. Mark Wainwright received his M.D. and Ph.D. from the University of Chicago. He is a pediatric neurologist, a professor of Neurology, and head of the Neurology Division at Seattle Children’s Hospital. Wainwright’s research interest is pediatric neurocritical care “including cardiac arrests, refractory status epilepticus, stroke, traumatic brain injury, brain infections and neurologic complications of critical illness,” according to UW Medicine.

Dr. Michelle Schober received her M.D. from Instituto Ciencias de la Salud and is a pediatrician at Primary Children’s Hospital. Her research interest is in pediatric traumatic brain injury. Leading the Pediatric Subsection of the National Neurocritical Care Society (NCS), Schober is a member of the NCS Ethics Committee and the PNCRG Executive Committee.