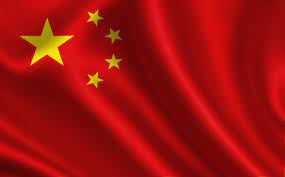 By George Russell in Hong Kong and Tom Mitchell in Singapore

The Omicron coronavirus variant has appeared for the first time in China, according to health authorities, piling pressure on officials already contending with an outbreak in one of the country’s most important manufacturing hubs. Officials and state media said the Omicron case was “imported” by an arrival in the port city of Tianjin, south-east of Beijing, where travellers are quarantined before they are allowed to continue on to the Chinese capital. “Those infected in Tianjin are currently being treated in isolation in designated hospitals,” the city’s local government said on Tuesday. “This is the first time an Omicron variant case has been discovered in mainland China.” Later on Tuesday, state television reported that a second Omicron case had been discovered in the southern city of Guangzhou. It involved a local resident who had returned to China last month and spent two weeks in quarantine in Shanghai without the virus being detected. President Xi Jinping’s administration is pursuing a “zero Covid” policy across the world’s most populous nation, in part because of concerns about the relatively low efficacy of China’s homemade vaccines and the potential death toll if Covid-19 spread freely among the country’s 1.4bn people. China has reported only about 100,000 confirmed Covid cases since the virus emerged in Wuhan almost two years ago — less than the number of daily cases in the US and UK. The discovery of Omicron in Tianjin came as tens of thousands of people in China have been subjected to new lockdowns owing to Covid-19 outbreaks. Authorities are rushing to contain dozens of cases in the Yangtze river delta, a vital manufacturing centre. The cities of Hangzhou, Shaoxing and Ningbo — all in Zhejiang province, south of Shanghai — have reported almost 200 new cases this week, prompting authorities to impose restrictions on movement until March 2022. There were more than 100 infections in one district alone — Shangyu, in Shaoxing — all of which were traced to a funeral, state media reported. Recommended News in-depthCovid-19 vaccines Doubts over efficacy of Chinese vaccines stoke anxiety at home and abroad Many manufacturers have suspended production in the region. Ningbo is one of China’s largest container ports, raising the spectre of further global supply chain bottlenecks. Xia Yanhong, who runs textile factories in Shaoxing, said one of her plants had been forced to close and three others subjected to strict operational controls. “We have products worth at least Rmb120m [$19m] waiting to be sent out,” said Xia, whose customers are mainly European. “If they cannot be shipped soon, it will have a big impact on us.” She added that truck drivers who had previously charged Rmb5,000 to deliver containers to nearby ports were now demanding up to Rmb14,000. Dozens of Shanghai and Shenzhen-listed companies have confirmed similar disruptions. “Except for epidemic prevention and people’s livelihood protection, all other work will be suspended,” Zhejiang Jingsheng Mechanical & Electrical Co wrote in a filing to the Shenzhen Stock Exchange, one of more than a dozen such notices sent to the bourse on Monday. China’s National Health Commission on Tuesday announced 51 new locally transmitted cases nationwide, 44 of which were in Zhejiang and 38 in Shaoxing, a city of 5m people. The case in Tianjin was confirmed after the Municipal Epidemic Prevention and Control Headquarters performed a genome sequencing analysis that indicated it was the B.1.1.529 strain, known as the Omicron variant. Global Times, a nationalist Communist party tabloid, said the case was a Polish national who flew to Tianjin from Warsaw. China’s foreign ministry also routinely uses Tianjin as an alternative venue for meetings with foreign dignitaries rather than risk having them bring the virus to Beijing. Recommended Coronavirus pandemic Coronavirus tracked: has the epidemic peaked near you? | Free to read Jin Dongyan, a virologist at the University of Hong Kong, said the presence of Omicron cases would spur government efforts to distribute booster shots. Health officials have already dispensed 2.5bn doses of Chinese-made Sinovac and Sinopharm vaccines. “Even if we are not sure about the vaccines’ effectiveness against Omicron, booster shots must be given, especially to high-risk people,” Jin said. In Hong Kong, Carrie Lam, chief executive, said Omicron’s emergence in China would not change plans to reopen the city’s border with the mainland. Hong Kong has reported seven Omicron cases, including two on Monday. All of the cases involved international arrivals from countries including South Africa, Nigeria, the US and UK. The city already operates one of the world’s strictest quarantine regimes, with arrivals forced to spend up to three weeks in a hotel. For travellers arriving from countries where Omicron is spreading rapidly, the territory requires a first week of quarantine to be spent at a special government facility near the airport.