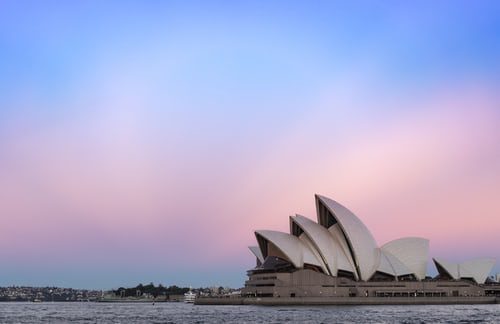 Note that views expressed in this opinion article are the writer’s personal views and not necessarily those of TrialSite.

The immediacy of “real-world” data in the pre-hospital treatment of Covid-19 using re-purposed drugs has been the keystone to the development of effective therapy in a pandemic situation. The sense of a “common-message database” for the therapeutic use of ivermectin (IVM) collated by clinicians over a time frame of little more than 12 months, involving patients and research workers across geographic and social lines, is extraordinary. From over 20 countries there are 63 controlled studies accepted for meta-analysis, that have included 47,500 subjects with 625 authors.

While this compelling database on the effectiveness of IVM would not be possible without “real-life” studies, at an individual level, these trials give additional value such as information on dosage and combination therapies. They also give confidence to local doctors and regulators as they seek optimal management strategies.

Here, we report successful pre-hospital treatment of Covid-19 patients in Sydney and Melbourne, Australia, using an ivermectin-doxycycline-zinc combination with an important set of observations on symptom resolution and oximetry.

Six hundred Australian residents with positive PCR symptomatic Covid-19 were treated with a combination of ivermectin (24 mg per day), doxycycline (100 mg bd), and zinc (50mg per day), for 10 days within 48 hrs of obtaining a positive PCR test for Covid-19. The treatment period was from June to September 2021. Seven percent (7%) were given additional vitamins and nutritional supplements. Only 7% identified adverse events from the therapy, mainly minor gut symptoms of nausea, diarrhoea and heartburn. No patient stopped therapy due to adverse drug events.

A subgroup in hotel and home quarantine was available for a more detailed assessment of symptoms and oxygenation status. This cohort of 126 was assessed for 10 symptoms according to a visual analogue scale (ranging from “0” for no symptoms, to “10” for most severe symptoms). Descriptive statistics are summarised in Table 1. P-Values were calculated using Wilcoxon matched-pairs signed-rank t-tests. Chi Squared analysis was used to analyse rates of hospitalisation in the 600-patient cohort.

A total of 600 patients with positive PCR tests were treated with the ten-day course of “Ivermectin Triple Therapy” (ITT), which was fully completed in over 90% of those treated. None discontinued therapy as a result of drug side effects. Two visited the hospital for less than 24 hours following a transient arrhythmia and then went home, while five were admitted to hospital (0.83%). There were no deaths. In an equivalent control group of 600, not treated with triple therapy, 70 were admitted to hospital (11.5%), with 6 deaths (1%). Chi-squared analysis of hospitalisation rate shows a significant decrease (P<0.001) in the presence of ivermectin triple therapy intervention. The control data was from contemporary infected subjects in Australia obtained from published Covid Tracking Data.

The subgroup of 126 in quarantine had more detailed documentation. They had an average age of 42 (range: 17-94). The results of symptom analysis are in Table 1. For the 10 symptoms analysed, 98% had a total symptom score severity reduction by the end of the treatment period (P< 0.0001). Symptoms that were most persistent were loss of taste and smell, cough, and fatigue. Oximetry readings in 71 subjects were consistent with mild disease in most (Table 1), though the range extended to the low 70’s indicating severe disease in some individuals. At the completion of the 10 -day treatment programme, all subjects had normal oximetry readings.

This successful study of 600 consecutive subjects treated within 2 days of testing positive on PCR for Covid-19 infection, emphasises the value of early treatment. The results are consistent with the study by Hazan et al, further supporting the value of ITT therapy (ivermectin, doxycycline and zinc).1 The current study differs from that of Hazan et al who successfully used lower doses of IVM and a shorter treatment duration. The current study also confirms the value of oximetry in monitoring response to therapy, with all hypoxic patients having normal oximetry levels following the treatment protocol. Few become hypoxic in the first 48 hours of symptoms. The rapid increase in oximetry values following IVM, noted by Hazan1, confirms significant hypoxia was likely avoided in this treated group. Combining oximetry with visual analogue scales to monitor symptoms, is suggested as a valuable tool for future studies.

Visual analogue scale monitoring of symptoms of Covid-19 infection showed a fall from a median total symptom severity score of 37 (range: 0-100) at the onset of treatment to 3 (range: 0-62) at the conclusion of treatment (P<0.0001). The main persistent symptoms were loss of smell/taste, cough and fatigue, recognised to persist for longer periods, however, all displayed significant severity score reductions during the treatment period (P<0.0001). The impact of early treatment with ITT on subsequent “long Covid” will be an important question to pursue. Symptom resolution with untreated Covid-19 is generally 2-4 weeks, emphasising the value of visual analogue scale assessment.

The major differences in admission to hospital and death following ITT therapy compared to contemporary controls is consistent with the large and increasing body of data measuring the impact of ivermectin-combination therapy.1–3 The results from this study invites comparison with recently announced data by Merck from a study of their re-cycled antiviral polymerase inhibitor, Molnupiravir. The Merck study with 385 treated patients involved a similar group to that treated in the current Australian study judged by near-identical hospital admission and mortality rates in both control groups. In the Merck study, the hospital admission rate was halved (7.3% of treated patients) with no deaths, similar to data for the “first cousin” of Molnupiravir, Favipiravir, which is used extensively in Russia. The important point is that the admission rate in the Merck study is 8-fold greater than the 90% reduction in hospital admissions recorded in the current ITT study (P<0.0001). The public health impact of these findings with a cheap, safe and available therapy, in terms of reduction of load on a health system that will be further stressed as country borders are re-opened, cannot be ignored.

The current study included “real-life” data on consecutive patients thus avoiding selection bias. Therapy was given in two states of Australia, involving over 30 front-line doctors. This compelling data reinforces the value of information from a range of sources and trial methodologies in assessing treatment options, especially in a pandemic situation. The number of patients in this report was capped at 600, as the Australian regulatory body (the TGA) intervened in the middle of Australia’s third Covid wave, to prohibit further prescription of ivermectin for Covid-19 by General Practitioners.

Symptoms were scored on a 0-10 scale with 0 being the absence of associated symptom and 10 being the most severe presentation as reported by the patient. Total Symptom Severity Score was a combined sum of all symptoms assessed and was scored out of 100. Oximetry Readings were scored out of 100%. N = the number of respondents and SD = Standard Deviation. *Non-parametric paired t-tests were performed.

In ‘Real Life’ this 10-day Ivermectin Triple Therapy reported here, appears to be a very safe, effective and inexpensive early antiviral treatment for Covid-19. Further detail from the more than 30 doctors involved in treating this patient group, will be used for a formal peer-reviewed publication.