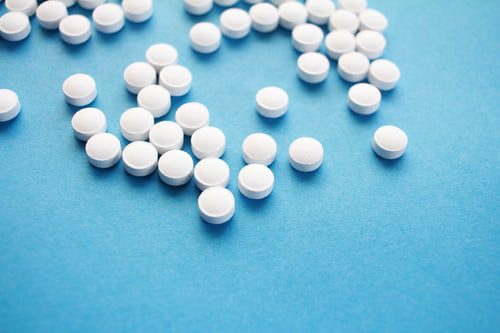 Approximately 14–33%Trusted Source of individuals with a SARS-CoV-2 infection develop severe illness, and about two-thirds of those with severe illness develop ARDS.

ARDS involves injury to the lung tissue due to inflammation and the accumulation of fluid in the alveoli, the air sacs in the lungs where the exchange of gases occurs with blood vessels.

The accumulation of fluids in the alveoli due to leaking blood vessels limits the lungs’ ability to supply oxygen to the rest of the body. ARDS thus requires admission to the intensive care unit (ICU) and invasive mechanical ventilation to compensate for limited lung function.

ARDS is a major cause of fatality in COVID-19, and there is a lack of effective treatments for severe COVID-19-associated ARDS.

A recent study, which appears in the Journal of the American College of Cardiology, reports that metoprolol can reduce lung inflammation and improve respiratory function in people with COVID-19-induced ARDS. Metoprolol is a common beta-blocker designed to treat high blood pressure, and it may provide an inexpensive treatment for severe COVID-19.

The infection by SARS-CoV-2 activates an immune response that aims to block the progression of the disease.

However, in some cases of severe COVID-19, uncontrolled and excessive activation of the immune system can occur in response to the rapidly replicating virus, causing ARDS and other complications, such as organ failure.

The initial damage to the tissues due to a SARS-CoV-2 infection results in the production of signaling molecules called cytokines. The cytokines and other molecules released from the damaged tissues recruit immune cells, such as neutrophils and macrophages, to the lungs and result in the activation of these cells.

The excessive production of cytokines, which scientists term a cytokine storm, and the overactivation of neutrophils and macrophages are hallmarks of ARDS associated with severe COVID-19.

After recruitment to the lungs, the activated neutrophils and macrophages themselves produce cytokines and contribute to the cytokine storm.

While activated neutrophils play a critical role in defending the body from the virus, hyperactivation of neutrophils can cause damage to the lung tissue and blood vessels, as observedTrusted Source in ARDS. Consistent with this, the number of neutrophils in the lungs correlates with the severity of COVID-19 and can predict the risk of complications, such as ARDS.

These data suggest that neutrophils could be a promising target for reducing lung inflammation in people with severe COVID-19.

Beta-blockers are a class of drugs that block the effects of the two hormones that mediate the fight-or-flight response: epinephrine and norepinephrine. Doctors commonly use beta-blockers to treat cardiovascular conditions.

Dr. Sverre Kjeldsen, professor at the University of Oslo in Norway, who was not involved in the study, told Medical News Today:

“Very sick COVID-19 patients are under enormous stress — they have the strongest activation of the sympathetic nervous system that you can imagine. Release of huge amounts of noradrenaline (norepinephrine) and adrenaline (epinephrine) do damage to almost every organ, including the lungs, and treatment with metoprolol, a beta-1 selective adrenoreceptor blocker, at least partially inhibits the damaging effects of these plasma catecholamines.”

In an editorial published last year, Dr. Kjeldsen also notes that beta-blockers could be candidates for the treatment of patients with severe COVID-19 due to the drugs’ ability to reduce inflammation and combat fluid accumulation in the lungs.

Specifically, the team found that metoprolol reduced neutrophil count in the lungs and resulted in lower levels of neutrophil activation.

“In the last years, our research group (the Translational Laboratory for Cardiovascular Therapy and Imaging) at the Spanish National Centre for Cardiovascular Research (CNIC) has generated a vast knowledge about the disruptive and unique role of the beta-blocker metoprolol against neutrophil-driven inflammatory responses.”

“These experimental data prompted us to investigate in the MADRID-COVID pilot trial whether 3-day intravenous metoprolol administration (15 milligrams each day) could result in promising outcomes in patients with COVID-19-associated ARDS.”

Study co-author Dr. Valentin Fuster, CNIC general director and director of Mount Sinai Heart, told MNT: “We have very little therapy that has been shown to be of significance at this late stage of the disease. […] [T]he significance of this study is that, if this is correct, now have a new approach with a very cheap drug, that is very affordable.”