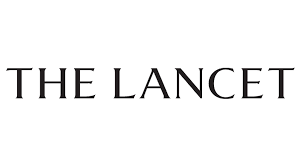 A new wave of COVID-19 cases caused by the highly transmissible delta variant is exacerbating the worldwide public health crisis, and has led to consideration of the potential need for, and optimal timing of, booster doses for vaccinated populations.1 Although the idea of further reducing the number of COVID-19 cases by enhancing immunity in vaccinated people is appealing, any decision to do so should be evidence-based and consider the benefits and risks for individuals and society. COVID-19 vaccines continue to be effective against severe disease, including that caused by the delta variant. Most of the observational studies on which this conclusion is based are, however, preliminary and difficult to interpret precisely due to potential confounding and selective reporting. Careful and public scrutiny of the evolving data will be needed to assure that decisions about boosting are informed by reliable science more than by politics. Even if boosting were eventually shown to decrease the medium-term risk of serious disease, current vaccine supplies could save more lives if used in previously unvaccinated populations than if used as boosters in vaccinated populations.Boosting could be appropriate for some individuals in whom the primary vaccination, defined here as the original one-dose or two-dose series of each vaccine, might not have induced adequate protection—eg, recipients of vaccines with low efficacy or those who are immunocompromised2 (although people who did not respond robustly to the primary vaccination might also not respond well to a booster). It is not known whether such immunocompromised individuals would receive more benefit from an additional dose of the same vaccine or of a different vaccine that might complement the primary immune response.

Boosting might ultimately be needed in the general population because of waning immunity to the primary vaccination or because variants expressing new antigens have evolved to the point at which immune responses to the original vaccine antigens no longer protect adequately against currently circulating viruses. Although the benefits of primary COVID-19 vaccination clearly outweigh the risks, there could be risks if boosters are widely introduced too soon, or too frequently, especially with vaccines that can have immune-mediated side-effects (such as myocarditis, which is more common after the second dose of some mRNA vaccines,3 or Guillain-Barre syndrome, which has been associated with adenovirus-vectored COVID-19 vaccines4). If unnecessary boosting causes significant adverse reactions, there could be implications for vaccine acceptance that go beyond COVID-19 vaccines. Thus, widespread boosting should be undertaken only if there is clear evidence that it is appropriate.Findings from randomised trials have reliably shown the high initial efficacy of several vaccines, and, less reliably, observational studies have attempted to assess the effects on particular variants or the durability of vaccine efficacy, or both. The appendix identifies and describes the formal and informal reports from these studies. Some of this literature involves peer-reviewed publications; however, some does not, and it is likely that some details are importantly wrong and that there has been unduly selective emphasis on particular results. Together, however, these reports provide a partial but useful snapshot of the changing situation, and some clear findings emerge. The figure summarises the reports that estimated vaccine efficacy separately for severe disease (variously defined) and for any confirmed SARS-CoV-2 infection, plotting one against the other. A consistent finding is that vaccine efficacy is substantially greater against severe disease than against any infection; in addition, vaccination appears to be substantially protective against severe disease from all the main viral variants. Although the efficacy of most vaccines against symptomatic disease is somewhat less for the delta variant than for the alpha variant, there is still high vaccine efficacy against both symptomatic and severe disease due to the delta variant.