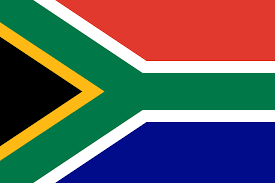 South African scientists at the National Institute for Communicable Diseases (NICD) and the KwaZulu-Natal Research Innovation and Sequencing Platform (KRISP) report potential troubles ahead with the variant of interest known as “C.1.2” first detected a few months ago in that country. Could this particular variant represent a more virulent, transmissible strain—stronger than Delta—that could completely overpower the vaccines, making them essentially ineffective? That’s a concern material enough to be covered in a recent study published in the preprint server medRxiv on August 24th. Found now in a number of nations spanning Africa, Europe, and Asia, the study authors suggest that C.1.2 contains more mutations than other variants monitored thus far, indicating the potential for complications.

A large study team led by scientists at the National Institute for Communicable Diseases (NICD) of the National Health Laboratory of South Africa shared that the C.1.2 variant of interest is assigned to the PANGO lineage. First identified in May 2021, this variant evolved from what’s known as C.1, one of the lineages that first dominated South Africa during the first wave of the pandemic.

The authors of this non-reviewed study fret that additional mutations are “likely to impact neutralization sensitivity or furin cleavage and therefore replicative fitness. The South African team caution of the variant’s “Concerning constellation of mutations.”

All data presented in the study are publicly available at GISAID.

The study methodology counted on the reach of the Network for Genomics Surveillance of South Africa (NGS-SA) which includes seven sequencing hubs collecting randomly selected samples for sequencing on a weekly basis. Samples collected, aggregated, and analyzed include “remnant nucleic acid extracts or remnant nasopharyngeal and oropharyngeal swab samples from routine diagnostic SARS-CoV-2 PCR testing” as well as from other sources such as both public and private South African laboratories.

The study team was able to secure permission to use associated sample metadata to offer additional insights into the epidemiology of COVID-19 infection.

The study team suggested that a significant underrepresentation of the spread and frequency of this new variant of concern (C.1.2) could in fact be a reality due to numerous available sequences. Finding a continuous monthly raise in C.1.2 genomes in South Africa, the number of genomes sequenced increased from 0.2% of the total in May to 1.6% in June to 2% by July.

The authors declared “This is similar to the increases seen with the Beta and Delta variants in the country during early detection.” The study team reported that C.1.2 mutates at approximately twice as fast as the present global mutation rate benchmark.

Some Questions to Ponder

· In the case of C.1.2 is its growth-related to other variants, such as Delta? In other words, based on the vaccine-centric strategy premise would accelerated vaccination mitigate the risk of C.1.2 future problems?

· The data presented here offer a glimmer of hope that the Delta variant may not mutate as much hence possibly slowing growth. But with immunization concerns now targeting Delta would this benefit new emerging pathogens such as C.1.2?

· Is it possible for vaccines to be designed to cover all possible emerging coronavirus variants?