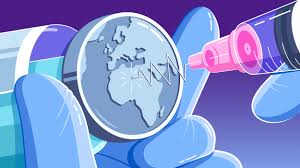 Competing global and national interests stand in the way of vaccine equity.

COVID-19 may be the worst global health crisis in a hundred years, but it is only the second global crisis we have faced this century. The first, of course, was the 2009 financial crash. That economic shock revealed that in our increasingly interconnected world, we need solutions that no individual government can provide on its own. And the same is true for the public health emergency we face today.

Eighteen months into the pandemic, however, the global solution we have is being prevented from succeeding by governments that could — and should — be doing more.

Vaccines are one of the best routes out of the pandemic, and through the COVAX scheme, the world now has a tried and tested mechanism to provide doses to those who need them. With the backing of 193 governments and over $10 billion in raised funds, COVAX has delivered over 310 million doses to 143 countries.

We have built a system that works at scale and is robust enough to ship vaccines to some of the most inhospitable locations, yet agile enough to cope with constantly changing conditions. But that on its own isn’t enough to end the pandemic. COVAX needs more doses.

The reality is that more doses should have been supplied through COVAX by now. The delays have been well documented: early production was already monopolized by wealthy countries before COVAX raised funds; export restrictions in India prevented a major early supplier from meeting its commitments and, more recently, there has been a reluctance among some manufacturers to prioritize COVAX.

So far, the impact of these delays has been partially mitigated by donations of vaccines from wealthy nations — 125 million of which have already been delivered. Last week, it was greatly encouraging to see U.S. President Joe Biden increase the U.S. donation pledge to 1.1 billion doses, and European Commission President Ursula von der Leyen pledge 500 million doses from EU member countries. We hope to see these pledges converted into deliveries quickly.

These pledges are part of the EU-U.S. agenda announced last week, which aims to support countries through cold chain and logistics of vaccines, as well as growing global production and building capacity to fight future pandemics.

For COVAX to succeed in its goal of ending the acute phase of the pandemic, the international community must come together to truly support it with similar acts of leadership. Wealthy countries that have stockpiles should donate more, now.