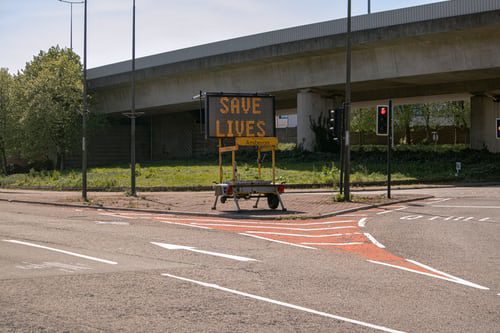 The pandemic has entered a new accelerated phase with the emergence of the highly transmissible escape variant, Omicron. With cases soaring, hospitals filling despite lower virulence, reduced vaccine/recovered immunity, we thought it would be a good time to take inventory of what early outpatient treatments are available.

So we thought we’d check to see how new positive data regarding the results of a very affordable, widely available, FDA-approved therapeutic would be received. Of course, we’re referring to ivermectin and the recent citywide prevention program implemented in Itajai in the south of Brazil.

From what we’ve been able to gather, the response has been the following:

Ivermectin is just the latest example of a cheap repurposable therapeutic that showed promising evidence against Covid-19. There are many other promising repurposable therapeutics that are available but aren’t being effectively used. The reason being they are deemed to be lacking sufficient evidence to recommend their use against Covid-19. As a result, they are left off the Treatment Guidelines, which drive almost all treatments in the US and extend to influence many other countries. Some of the examples of promising therapeutics are:

All of these drugs have some level of promising data to support additional investigation into their use against Covid-19. It’s arguable that there is sufficient evidence for some to be used off-label due to reasonable quality of evidence coupled with a well-known safety profile. After all, roughly 25% of all prescriptions in the US are written for off-label uses.

Everyone seems to agree that the fastest path to an effective therapeutic against a novel disease is repurposable therapeutics. However, why weren’t already approved therapeutics funded for trials early during the pandemic? There were early in silico studies and docking analyses that identified promising small molecules very early. Many of those were tested in pilot trials. Some failed while others showed promising results with conclusions that justified funding for larger RCTs. However, that seems to be where the ball was dropped. TrialSite reported on prominent research institutions that identified candidates from UCSF and Sanford Prebys to Scripps/Calibr.

Who would fund the trials for these cheap repurposed drugs? Certainly, pharmaceutical manufacturers aren’t going to fund large studies for non-profitable drugs. They were focused on novel therapeutics, which carry the potential for blockbuster profits. Profits aren’t a bad thing but in the context of a deadly pandemic, some flexibility to consider existing therapies was more than rational.

The funding should have come from taxpayer dollars entrusted to the NIH. Instead, the NIH funded novel therapeutics for big pharma and vaccines at the exclusion of repurposable therapeutics. TrialSite covered this unfortunate situation extensively.

As just one example, the NIH funded over $220M for Gilead’s Remdesivir trial, which failed its original primary endpoint. Yet, it’s still part of Guideline Therapy. The NIH’s Covid-19 Treatment Guideline Panel determines which therapeutics will be used. However, almost all the members on the panel have questionable conflicts of interest disclosures with pharmaceutical manufacturers. Actually, ties to pharmaceutical firms aren’t necessarily negative as drug development expertise concentrates on the industry. Yet the biases’ seemed overt throughout the pandemic as we discussed back in July 2020.

Maybe this cross-pollination is functional during normal times. However, during a pandemic, it drove all early funding towards novel therapeutics and vaccines at the expense of the fastest and most promising solutions. There is no arguing that this model did deliver some incredible tools in the fight against Covid-19 with Monoclonal Antibodies, oral antivirals, and highly efficacious vaccines (at least against the wild type variant). Of course, with variants such as Delta and now Omicron, the conditions on the ground markedly morphed raising ever more questions about a primary strategy centering on pathogen eradication by vaccination.

Unfortunately, the model embraced by the government and industry completely missed an entire category of medicines that might have changed the early course while the novels were being developed.

It’s clear that for both paths to be properly pursued a different funding model needs to be leveraged in the future. TrialSite investigated problems with the very promising NCATS and pondered: was that the reason for Christopher Austin’s departure?

Should some of the billions in taxpayer funds entrusted to the NIH be reallocated to a different entity, possibly BARDA or perhaps some dedicated nonprofits? The sole focus of this reallocated funding would be to investigate new uses for already approved medications. This additional funding avenue would open the door for academic institutions and clinician-led groups to acquire funding for more economical and agile trials and deliver lifesaving medications on an accelerated time scale.