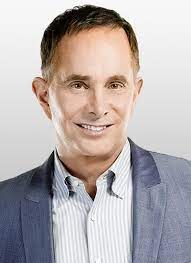 By John Mauldin ~ Thoughts from the Frontline

If you look just at 2021, it seems the US economy is tearing higher. Real GDP grew an annualized +6.5% in the second quarter, the Commerce Department estimated last week. This follows a similar +6.3% first quarter, and a pandemic-interrupted 2020 that turned out not so bad in the end. The July unemployment report showed more impressive jobs growth. The Fed will increasingly have problems maintaining its credibility with interest rates at the zero bound and massive QE and inflation still rising.

For one thing, we’re only halfway through 2021. Much of this impressive growth derives from consumer spending, and much of the consumer spending was funded by government benefit programs and monetary stimulus money.

This is a problem because the US economy wasn’t exactly in a great place when COVID-19 came along. It wasn’t terrible, either. Real GDP growth had been above 2% since the prior recession. The economy could certainly have been worse, but it rarely posted the kind of growth that was previously normal in recovery phases. This has persisted long enough that even a 6% GDP growth rate this year won’t restore what used to be “average.”

Today we’ll look at this most recent GDP data and what it tells us about consumers. Then I’ll have some thoughts about COVID’s long-term effects on both people and the economy.

As the year opened, the US was in the middle of its largest COVID wave yet, and had just started the vaccine rollout. Cases peaked in January and receded over the next couple of months. Congress had passed another relief bill in late December, extending unemployment benefits and sending $600 stimulus checks to most Americans. The Fed was keeping rates low and buying truckloads of Treasury and mortgage bonds.

Following an unusually turbulent (to say the least) presidential transition, Congress passed another relief bill in March. It extended the supplemental unemployment benefits to September and gave another $1,400 to most Americans. Those payments actually hit in late March and April, with a noticeable effect on consumer spending. The CDC imposed a moratorium on evictions affecting a minimum of 12 million people (actual survey responses) and more likely closer to 25 million, extrapolating from those who did not respond to the survey.

Concurrently, reduced COVID fears and more vaccinations were encouraging more Americans to resume travel, shopping, and other habits many had set aside in 2020. Businesses responded, though supply chain problems and an inability to hire more workers constrained many. Inflation benchmarks started creeping higher, but that didn’t stop many from going on vacation and otherwise making up for lost time.