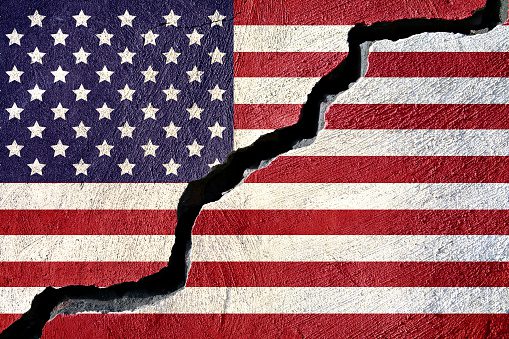 Democratic Voters Want to Isolate and Punish the Unvaccinated

The Rasmussen-Heartland poll, however, revealed a strong authoritarian streak among Democratic leaning respondents. That survey found that 48 percent of Democrats would favor fines or imprisonment for people who decline vaccination compared to 14 percent of Republicans.

The poll also showed Democrats are more supportive of censorship with 48 percent in favor of fining or imprisoning to individuals who question the efficacy of COVID vaccines on social media, television, radio and publications including online and digital.

And while COVID has become the second leading priority for respondents since last July, when it overtook “employment and jobs,” the economy continues to be the leading concern.

No One Trusts the Government

Both studies showed deep distrust of COVID public policymakers, with Axios-Ipsos reporting that 62 percent of respondents trusted the U.S. Centers for Disease Control, down from 69 percent a year prior and a 45 percent trust rating for President Joe Biden, down from 57 percent last year.

The same poll showed that 45 percent of respondents favorably viewed Dr. Anthony Fauci, Biden’s chief medical advisor, while 48 percent had an unfavorable impression of him.

Beyond America, Europe Is Also Divided

COVID policies have become political lightning rods across the planet. In Europe protests have repeatedly broken out. In Germany, Austria, Denmark and The Netherlands, conservative and nationalist movements appear to be opposed the mandates, while liberals appear to support tighter restrictions. have seen participation by right wing parties in demonstrations against covid mandates. Austria, in particular, has seen a sharp political division with the right wing Freedom Party calling the newly imposed vaccine mandates totalitarianism.