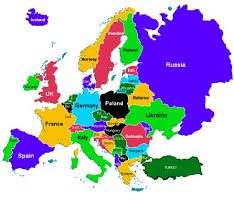 As some nations impose tough restrictions in the face of soaring cases, others, including France, are lying back for the moment.

By Norimitsu Onishi and Nicholas Casey

The Dutch can now invite only two guests to their homes as part of a new lockdown. In Denmark, where masks and other social restrictions had all but disappeared thanks to a successful vaccination campaign, cinemas, amusement parks, zoos and other establishments are closed once again.

By contrast, France has ruled out lockdowns, curfews or closures on a continent where new Covid-19 rules are being announced every day in the face of the Omicron variant’s rapid spread. “The French exception,” the front page of one newspaper, Le Parisien, said on Monday.

For now, France — as well as Spain and, to a lesser extent, Italy — is betting that high vaccine and booster coverage, along with earlier restrictions it put in place, will be enough to keep the coronavirus variant manageable, adopting a wait-and-see attitude as a sense of urgency grips the Netherlands, Denmark and Britain.

The numbers show why.

In London, the number of Covid cases rose by 30 percent last week, and the mayor declared a “major incident” — an emergency status that frees up resources. Denmark is now recording more than 9,000 new cases daily, one of the highest infection rates in the world. And the Netherlands became the first country in Europe to return to a full lockdown amid fears that its relatively low number of I.C.U. beds would be overwhelmed.

Spain, Italy and France all have lower Covid cases per 100,000 people than some of their northern neighbors, at least for now.

Antoine Flahault, director of the Institute of Global Health in Geneva, said that countries in northern Europe had “tended to be more proactive, in moving quickly in not wanting their hospitals to be overwhelmed.” For countries in the south, he said, restrictions and lockdowns are “always an act of last resort.”

In all the countries, economic and political concerns — just days before Christmas — are also guiding governments, amid uncertainty about just how big a risk the variant poses. Epidemiologists have warned that even if Omicron is eventually shown to cause less severe illness, its rapid spread could still send huge numbers of people to hospitals.

The warnings recall some of the most uncertain moments early in the pandemic, with surging case numbers leaving European nations with the prospect of a second consecutive Christmas clouded by lockdown-like measures, travel bans and fears of rationed health care.

Governments are accelerating booster shots as the scientific evidence accumulates that two vaccine doses are insufficient to stop infection, though the vaccines appear to reduce the risk of hospitalization and serious illness. The United States is carefully watching Britain and Denmark for clues of what might happen at home, since both countries are good at tracking variants.

In France, the government said that Omicron was now estimated to have caused hundreds of cases, and that it would be the dominant variant by early next month. An average of 52,471 coronavirus cases per day were reported in France in the last week, according to a New York Times database, up 23 percent from the average two weeks ago.

The government of President Emmanuel Macron has encouraged vaccinations by issuing health passes to people who receive shots, and has managed to keep schools and most establishments open. More than 70 percent of the French population has received two doses, though some six million have yet to receive a single shot.

Fresh restrictions would chip away at that success just four months before presidential elections.

The government is focused on tightening restrictions on unvaccinated people in the new year by making France’s health pass contingent on getting vaccinated. Currently, people can also obtain a pass with a recent negative Covid test.

The government has also shortened the wait before people can receive a booster shot to four months, from five. So far, about 17.5 million people have had boosters, or about 36 percent of the population that had received two doses.