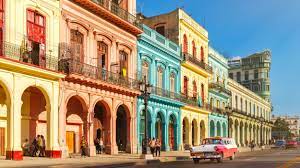 The communist island of Cuba, long scorned by most of the U.S. political classes that led to ongoing economic sanctions over the past decades, led to the development of a considerable medical sector in this low-and-middle-income country (LMIC). In fact, of all Latin American nations, Cuba has one of the most sophisticated physician and research infrastructure; the government often sends their physicians to other third-world countries for support. Cuba has developed four vaccines targeting COVID-19 and presently, almost 90% of the entire population is fully vaccinated with one or a combination of the indigenous COVID-19 vaccines. What’s going on in Cuba? Although vaccine product brands known as Soberana 02 and Abdala are undoubtedly not well known in America or Europe, they seem to be working on the island Caribbean nation. Could this be the reality? If the data is correct, it appears so—at least for now. Will the Cuban vaccines stand up to Omicron?

A tightly controlled, relatively repressive regime, Cuba’s government thought it had COVID-19 under control until the Delta variant surfaced in an unprecedented surge of infections starting in late June and running through till September of this year with just as a precipitous decline in cases.

What are Cuba’s vaccines?

As reported in Nature last month, it would appear that the Caribbean island nation’s bet on indigenous vaccines was paying off. Sara Reardon reports that “Cuba decided not to wait on the rest of the world to develop vaccines.”

Due to the American “60-year-old economic embargo against the country, which prevents U.S.-made products from being exported there,” the country faced a quandary at the onset of the pandemic. Do they wait and figure something out or take matters into their own hands? With a sophisticated medical infrastructure for such a small and relatively poor country, the Cubans embarked on their own trajectory, reports Vincente Vérez Bencomo, director-general of Havana-based Finlay Institute of Vaccines. As it turns out Bencomo is a world-renowned scientist who spearheaded a discovery involving the development of the Cuban Haemophilus influenzae type b (Hib) vaccine using a synthetic antigen—at the time a first according to a 2007 piece in PubMed. Subscribe to the Trialsitenews “COVID-19” ChannelNo spam – we promise

Ms. Reardon, writing for Nature, reported that a group of state-backed research groups and biotech centers initiated an aggressive vaccine development program. Recently, the prestigious medical journal article suggests that this Caribbean-based “Bet seems to be paying off.” For example, they recently published in preprint medRxiv that one of the vaccines, called Soberana 02, is actually 90% effective in protecting against symptomatic SARS-CoV-2 when used in combination with a related vaccine product. Moreover, the Nature reporter indicated that this combination approach is overcoming the highly transmissible Delta variant.

By Nov. 18, 89% of 11.3 million people were inoculated—including children as young as 2 years of age who received at least one jab of Soberana 02 and the other combination vaccine Abdala, made at the Center for Genetic Engineering and Biotechnology (CIGB) in Havana.

That state-owned research operation reported in July that the three dose-regimen of Abdala introduced protection over 92% as measured in Phase 3 clinical trials involving 48,000 participants. However, Ms. Reardon notes as of last month the results were not peer-reviewed.

TrialSite suggests the data from Cuba may not be fully accurate, much like is the case in China. A free press doesn’t exist in the same way as it does in other nations. On the other hand, the level of censorship now occurring across the Western world raises real concerns about governments in purportedly democratic nations. TrialSite reported that even the prestigious medical journal, The BMJ, is censored by Facebook if it is critical of Pfizer.

It should be noted the makers of vaccines in Cuba are not-for-profit government operations—thus the profit motive perhaps driven by investor-owned Pfizer or Moderna isn’t quite the same in this Caribbean nation—for good or not so good. Perhaps in some ways, the reaction to the pandemic is perhaps more straightforward in this tightly controlled, top-down bubble, although repression and lack of true civil freedom isn’t something Westerners should not and won’t relinquish for public health edicts. That’s clearly observable with growing medical choice movements.

Regardless, during such a tragic worldwide pandemic shouldn’t all nations (people, companies, not-for-profit, and state-backed organizations) come together to solve the problem—it’s a small world after all.