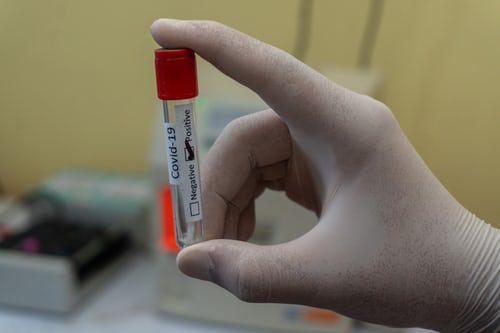 A new preprint study out of Japan titled “The SARS-CoV-2 Delta variant is poised to acquire complete resistance to wild-type spike vaccines” was published online on August 23. The first listed author is Yafei Liu, who works at the Department of Immunochemistry, Research Institute for Microbial Diseases, Osaka University and the Laboratory of Immunochemistry, World Premier International Immunology Frontier Research Centre Osaka. According to this paper, while our mRNA vaccines are effective against the most common SARS-CoV-2 variants, “identifying likely breakthrough variants is critical for future vaccine development.” The researchers found that the Delta variant escaped from anti-N-terminal domain (NTD) neutralizing antibodies and increased responsiveness related to anti-NTD infectivity-enhancing antibodies. Although, the Pfizer-BioNTech product BCT162b2 neutralized the Delta variant, “when four common mutations were introduced into the receptor-binding domain (RBD) of the Delta variant (Delta 4+), some BNT162b2-immune sera lost neutralizing activity and enhanced the infectivity.” Mutations in the Delta NTD were related to enhanced infectivity by the BNT162b2-immune sera.

SARS-CoV-2 variants have had many mutations throughout their genomes, and they are highly infectious compared to the original strain. The current mRNA vaccines are based on the original spike protein without mutations, but they have been effective against variants of concern (VOC). The spike protein’s receptor-binding domain (RBD) attaches to the host cell ACE2 receptor, and this interaction “mediates membrane fusion during” infection. The body’s neutralizing antibodies related to SARS-CoV-2 are mostly directed to the RBD and thereby stop the interaction between RBD and ACE2. Most VOC’s have developed mutations of the neutralizing antibody epitopes of the RBD, leading to escape from neutralizing antibodies. Sine mutations in the RBD tend to affect binding to ACE2, “there is a tradeoff in the evolution of the RBD between mutations that maintain ACE2 binding while escaping the recognition by neutralizing antibodies.” It is important to figure out if variants that are completely resistant to the mRNA vaccines are to emerge.

In their Discussion section, the authors note that Delta is highly infectious and that breakthrough infection in vaccinated folks is common, likely meaning that the neutralizing antibodies in the vaccinated are not adequate to protect against Delta. While anti-RBD likely play a large role in avoiding infection with the virus, Delta’s L452R and T478K mutations in the RBD, and the former has been shown to be an epitope for neutralizing antibodies. And mutation in the RBD may not explain the lessened neutralizing titers of BNT162b2-immune sera against Delta. Also, Delta has mutations T19R, G142D, E156G, F157del, and R158del in the NTD. In the study, anti-NTD antibodies failed to recognize the spike in the Delta variant, suggesting that this variant is totally resistant to anti-NTD neutralizing antibodies elicited by the wild-type spike protein. This is the antigenic part of the widely used mRNA vaccines. On the other hand, most anti-NTD related antibodies did recognize the Delta spike at the same level as the “wild-type spike.” And some of these antibodies showed infectivity enhancement by a Delta pseudovirus when compared to the wild-type pseudovirus.

Some mouse sera did show enhancement of the Delta 4+ pseudovirus infection, and others demonstrated neutralization regardless of serum concentration. There is a delicate balance among antibody titer, affinity, or epitope between neutralizing and enhancing antibodies that can affect infectivity. It is vital to study further the profile of neutralizing and enhancing antibodies made after an immunization. Since the virus has acquired several mutations to date, “new variants are likely to emerge more frequently in situations where many people are infected. Due to the explosive spread of Delta, it has already gained numerous further mutations in the spike protein-coding area. This suggests that Delta will keep mutating. Next, some of the mutations seen in the RBD of Delta have also been reported to be epitopes regarding anti-RBD neutralizing antibodies. And any new variants which adapt to one’s immune system will be selected and grow or expand. Notably, “The Delta variant with 4 additional mutations in the RBD were not neutralized by most BNT162b2-immune sera because of unique mutations in the NTD.” Even more important, Delta 4+’s infectivity was enhanced by some of the BNT162b2 immune sera under study.

Mutations Need to be Considered in Vaccine Development

In light of the currently high mutation rate of SARS-CoV-2, it is important to predict emerging spike mutations to develop vaccines against emerging variants. Even though a third round of boosting immunization is headed our way, the data “suggest that repeated immunization with the wild-type spike may not be effective in controlling the newly emerging Delta variants.” The researchers showed that “immunization by Delta spike induces antibodies that neutralize not only the Delta variant but also wild-type and the Delta 4+ variant without enhancing the infectivity.” While mRNA vaccination might produce a different result from our animal model, it should be the case that “development of mRNA vaccine expressing the Delta spike might be effective for controlling the emerging Delta variant.” Yet, epitopes of enhancing antibodies, versus neutralizing antibodies, are conserved in most variants, including Delta. So, further immunization of variant spike protein may help to enhance antibodies more than neutralizing antibodies in folks previously infected with a wild virus or immunized with wild-type spike protein vaccines. One possible strategy for vaccination would be to use RBD alone, avoiding the induction of anti-NTD antibodies. Yet RBD immunization alone does not induce neutralizing antibodies. The authors conclude that “Whole spike protein containing RBD mutations observed in major variants but lacking the enhancing antibody epitopes may need to be considered as a booster vaccine.”