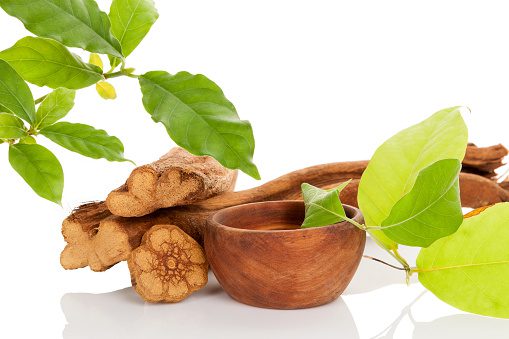 n case you hadn’t heard, the “medicinal psychedelics industry” is growing furiously, with over 150 clinical trials underway. Hardly a week goes by without a new university center, startup or venture funding announcement. Almost all within just the last 5 years. A sign of the times: the NIH just awarded $4 million to Johns Hopkins Center for Psychedelics and Consciousness Research while $10 million was directed into NYU Langone for investigation into psychedelics for example.

On the other side of the country, Oregon.gov now touts its very own “Psilocybin Services” office. The Office will start taking applications on January 2, 2023 for the first legally operated clinics for taking psychedelics in a controlled setting (outside FDA-licensed trial sites). (Zoom listening sessions are open to the public from December 13, 14 and 15. Open licenses include Service Center and Training Program). oregon.gov/oha/PH/PREVENTIONWELLNESS/Pages/Oregon-Psilocybin-Services.aspx

Where Psilocybin goes, DMT and Ayahuasca can’t be far behind. A flurry of activity indicates a surge in research and the potential of new treatments.

Another fresh startup, Reconnect Labs, led by P.I. Milan Scheidegger, MD, PhD, MA, HPK, will run trials in Switzerland for another DMT-containing Ayahuasca-like analogue combo, trademarked Pegami. The company is a spinout from the University of Zurich.

Woven Science, an umbrella holding company of sorts with Dennis McKenna (psychedelic key opinion leader) on the Advisory Board, has invested $4.1 million into Reconnect, out of its own $8 million starter bucket. “We’re building a constellation of businesses shifting the paradigm in health care, focusing on psychedelic models of care.”

In the UK, Small Pharma Ltd, has developed yet another proprietary formulation, SPL026, and will be running Phase IIA trials shortly under P.I. Carol Routledge, in affiliation with Imperial College London’s Center for Psychedelic Research, with two trial sites in the UK (details below).

The “healing brew” Ayahuasca is non-addictive and depending on who one speaks to about the subject, relatively safe (if one ignores the iconic vomiting sessions) and delivers a variety of beneficial effects. It is a complex chemical mix, typically combining Di-Methyl Tryptamine (DMT) from Psychotria Viridis shrub with a cocktail of substances known as Beta-carbolines (aka Harmine et al), from the Banisteriopsis Caapi vine (and sometimes many other plants as well). DMT is a fast-acting super-potent hallucinogen – driving the visions — while the Beta-carbolines are mildly psychoactive, with more physical effects.

According to multiple studies, some Beta-carbolines can stimulate nerve growth (mouse models), and even have tumor-suppressive and immuno-modulatory properties. Other effects include antibacterial, analgesic, anxiolytic, anti-inflammatory, anti-malarial, anti-parasitic, anti-viral, and antioxidant properties. The Harmine family is a subset of the broader class of Beta-carbolines.

The Harmine family interacts with the Serotonin system, and specifically the 5-HT2A receptor – a popular target of other recent pharmaceutical patents. (The complexities of the neural signaling system is such that a non-patentable compound like DMT may highlight “agonist or antagonist or modulator opportunities” for yet other, novel compounds, uniquely tuned to a particular receptor’s structure and its role in broader brain function.)

For a time in the 90s it was known as the businessman’s lunch psychedelic.

Another rarer but high potency form, 5-MEO DMT, is found in endangered toads. The startup CaaMTech, affiliated with David R. Manke’s lab at UMass Dartmouth, has filed US Patent 20210023052 targeting an extract of 5-MEO DMT combined with another unspecified compound. At $22 million, led by Noetic Fund, CaaMTech appears to be one of the better financed psychedelic startups.

Isolated DMT itself is in a few active clinical trials, mainly as a treatment for Major Depressive Disorder (MDD).

At Yale, P.I. Deepak D’Souza, MD, MBBS is recruiting for a small open label, “Dose Escalation Study” of DMT – “neuroplasticity will be indexed using EEG measures and tasks. These neuronal changes may in parallel cause changes in mood measured both in healthy and depressed subjects, which will be captured using appropriate psychometric measures…”

(With Cannabis, the so-called Entourage Effect alludes to the dozens of active elements other than THC and CBD – “trace cannabinoids — that combine to give each strain of weed its unique sensory qualities.)

What has received less attention so far, the “secondary” and non-hallucinogenic components of the Amazonian hallucinogenic cocktail, show a promising range of potential applications, from neurogenesis and neuroprotection (Parkinson’s, stroke) to support of insulin production.

These lesser-known Beta-carboline compounds in the Ayahuasca potion act as MAO-Inhibitors that prevent DMT from being broken down in the gut. (Synthetic DMT variants are usually smoked to get around that.) Among the more common compounds are Harmine, Harmaline, and Harmolol. Peganum Harmala, aka “Syrian Rue,” is another natural source of the compounds – whence their scientific root-name.

Yet judging from a scan of the US Patent Office, clinicaltrials.gov, and preprint archives, relatively few attempts to commercialize this class of promising compounds are visible.

One exception is Woven Science, mentioned above. Woven aspires to be more of a “values-based, social responsibility” umbrella project, aiming to make investments across the psychedelic value chain, from R&D through to “Community/Mental Health Sustainability.”

Notably, Woven addresses up front some of the criticisms that have been made of the “corporatized medical psychedelics space.” Woven funds a subsidiary, El Puente. “El Puente makes grants and investments in projects owned and operated by indigenous people and has a council of indigenous leaders serving as special advisors to the El Puente board with veto powers in project financing decisions, giving indigenous peoples seats at the table in the growing psychedelics sector.”

More on the Science

In a 2017 talk at the Psychedelic Horizons conference, famed psychedelic researcher Dennis McKenna, who sits on the advisory board of Woven, provided an outline of the biochemical dynamics of the Harmine family.

Harmine can be synthesized, but since it is a naturally occurring plant component, cannot be patented as is. A large number of other related Beta-carbolines exist, many found in other plants, if at lower concentrations. The “pharmacokinetics,” or mechanisms of action are just beginning to be mapped out and understood, as McKenna highlights in his talk.

Given that many of the Harmine family of molecules occur in trace amounts, one solution to commercializing their use is fermentation via yeast or other microbes. Visualize a micro-brewery, with large metal vats, or in earlier stages, test-tubes. Bio-engineers insert genetic code into the “bugs” to “spit out” the desired new molecules, in volume.

Such an approach is currently popular for cannabinoids like CBD, CBG, CannabiVarin, via Amyris, Demetrix, Librede, and Hyasynth Bio, and a few dozen other contenders.

Octarine Bio, a spinout from NovoNordisk based in Copenhagen, is fermenting psilocybin, on top of existing patents for cannabinoid fermentation. ClerkenwellHealth.com will run trials for Octarine’s molecules.

BioMind specifically mentions “novel production methods by biological synthesis” as one of many routes to market.

Any of the fermentation platforms focused on cannabinoids today could easily pivot to psychedelics tomorrow, as illustrated by Octarine. Thus, even if the active ingredient can’t be patented, the “SynthBio” “chemical pathways” potentially could be – since they do not occur in nature. Vat-grown psychedelics could easily go into over-production and crash the market value – a factor for would-be investors to keep in mind.

With all the attention on big name distant cousins such as Psilocybin, MDMA, Ketamine, the less psychoactive Beta-carbolines appear to be a wide-open field for more animal and human trials.

Stay tuned to TrialSiteNews.com for more from the frontlines of psychedelic medicine.