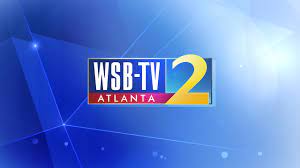 ATLANTA — The COVID-19 test kit you may have in your home likely contains a toxic chemical.

The Georgia Poison Center tells Channel 2 Action News that in recent months, they’ve taken dozens of calls on children and adults accidentally exposed to the substance.

The government has sent out hundreds of millions of free COVID-19 test kits, which are also widely available in stores.

In most tests, the active ingredient that helps determine the result is sodium azide, a toxic chemical.

Channel 2′s Tom Regan talked to a mother who said she is careful doing tests, especially with her kids. “They know not to touch me when I’m doing a COVID test. That’s serious business,” said Erin Dawson, a mother of two.

“This product can be dangerous. In some cases, if enough is ingested, it can cause your blood pressure to drop… The other thing we know, sodium azide can irritate the gut, irritate the stomach,” said Dr. Gaylord Lopez, executive director of the Georgia Poison Center.

He said in recent months, they’ve handled dozens of calls of accidental ingestion of sodium azide.

In some cases, people mistook the small dispenser containing the test chemical for eye drops. In some products, the packaging looks very similar. “We had a father who administered this to their child thinking it was an eye drop,” said Lopez.

Children also have consumed the chemical in their belief that it’s a small, sweet treat. Others have reported skin irritation.

There’s also the case of the person who thought the tiny package contained water flavoring drops. “They mistakenly took one of those packets and put it into a water bottle and drank the entire contents of their water and didn’t realize until after, ‘Where is the solution for my COVID testing?’” said Lopez.

Sodium azide is colorless, tasteless, and odorless. It’s also used as an explosive charge in auto airbags and a preservative in labs and hospitals.

Exposure to large amounts of the chemical can cause severe health problems, including respiratory failure leading to death.

Fortunately, the amount used as a reagent in COVID tests is minuscule, less than an ounce. That is why the Georgia Poison Center hasn’t seen any hospitalizations. “We’ve been able to manage these cases from a home setting and fortunately haven’t had any major problems,” said Lopez.

“I think that is something that parents should know,” said Dawson.

But most parents Regan spoke with didn’t know that a toxic chemical is used in at-home COVID tests. “I mean, there should at least be a warning showing parents that there is something there that is unsafe,” said Carlan Howard, a mother.

Polly Waller is among the parents who told Regan they won’t let the kids get near a COVID test kit unless they’re testing them. “The ones we got from the government, we put them up in the medicine cabinet, so they can’t reach them,” said Waller.

“I’m very cautious about leaving things out, especially COVID kits that are hard to come by,” said Dawson.

The Georgia Poison Center said they got a report of a dog getting into the remains of a test kit. It didn’t get sick. The director said COVID test kit materials should be properly disposed of after use.

“Binax Now is safe to use and a powerful tool to detect COVID-19 infections. It has only a trace amount of Sodium Azide as a preservative. When used as directed the reagent solution does not come in contact with skin, eyes or mucous membranes.”