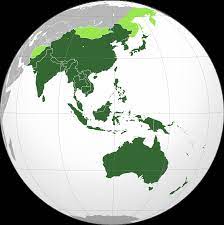 The rush by Asia-Pacific countries to slam borders shut in response to the Omicron variant raises a sobering question: What if harsh restrictions like travel bans never truly end?

Scientists widely agree the coronavirus will keep mutating indefinitely, with new variants emerging periodically for the rest of our lives.

For Asia-Pacific countries that have retreated into isolation despite high vaccine coverage, that raises the prospect of a never-ending cycle of economically and socially damaging restrictions on travel and daily life – unless authorities shift their thinking and learn to live with the virus.

A range of experts spanning virology, epidemiology, medical ethics and economics told Al Jazeera the “end” of the pandemic – insofar far as it affects most people’s lives – would ultimately be a political and societal choice.

“Instead of walking zombie-esque into whatever comes next… we need to probably stop and think about what are we defining as our endpoint here,” Ian Mackay, a virologist at the University of Queensland, told Al Jazeera.

Mackay said that while he disagreed with the more laissez-faire approach taken by many Western countries during the early days of the pandemic, the reaction to Omicron felt like a return to 2020 where “everything we talked about and I thought we had under our belt was just thrown out the window and started again”.

“My personal feeling is that we should not be closing the borders after this variant and after we’ve seen it through to see what the data tells us – unless this variant really is a lot worse than we think at first glance,” he said, adding that vaccinating poorer parts of the world remained essential.

While numerous countries around the world have banned arrivals from Southern Africa, where the variant was first detected, Asia-Pacific economies that kept deaths low with border closures early in the pandemic have gone further and introduced sweeping restrictions on travel.

Japan last week banned all non-resident foreigners, delivering a boost to Prime Minister Fumio Kishida’s approval ratings, while Australia announced a pause of its planned reopening of the borders to skilled migrants and international students.

Hong Kong, which has a strict “zero Covid” policy that has frustrated foreign businesses and residents, has banned travel to non-residents from three dozen countries and mandated 21 days of hotel quarantine for returning residents. Mainland China has had some of the strictest border controls and domestic restrictions throughout the pandemic, with only citizens and resident permit holders allowed entry.

Malaysia and Singapore have delayed the introduction of a number of quarantine-free travel lanes, while South Korea has reintroduced 10 days of quarantine for all inbound travellers.

Even before Omicron, the Asia-Pacific region was largely closed to travel, with airline traffic down nearly 93 percent in October compared with the same month in 2019, according to the International Air Transport Association, far more than other parts of the world.

The World Health Organization, which has designated Omicron a “variant of concern”, has criticised blanket travel bans, describing their role in preventing the spread of the virus as minimal compared with their “heavy burden on lives and livelihoods”.

Officials have stressed that too little is known about the variant to draw firm conclusions about its transmissibility, virulence or responsiveness to vaccines, although early data has indicated that most cases are mild.

‘Omicron is everywhere’
Roberto Bruzzone, co-director of the HKU-Pasteur Research Pole in Hong Kong, told Al Jazeera the reaction to Omicron was unjustified based on available data.

“I have been arguing for a change in perspective for quite a long time, saying that we need to learn to coexist with the new virus,” he said.

Bruzzone said he hoped the region would not sleepwalk into a future that was permanently less open, free and inter-connected.

“It would be useful if the EU and US and UK and the Americas tried to steer the discourse away from the so-called Asian approach – zero COVID, border closure to foreigners, long quarantines for residents, etc,” he said. “This is because the virus will reappear whenever you open borders and even now, Omicron is everywhere.”

Catherine Bennett, a public health expert and epidemiologist at Deakin University in Melbourne, said divisions in public opinion and political calculations have created a “never-ending cycle” instead of the middle ground needed to navigate the coming months in a measured, safe way.

Bennett said she favoured “dialling up and down public health safety measures when we have a signal that the virus may be changing, not slamming on the brakes”.

“That’s like a learner driver stopping every time they see a pedestrian step towards a curb, or a car pull up a little over the line at a crossroad ahead,” she said.

Bennett said a realistic endpoint to severe restrictions could be when pandemic measures have become “so smooth and effective that we are barely aware of the transitions between seasons and the vaccines are able to catch up to the variants”.

Alberto Giubilini, a senior research fellow at the Oxford Uehiro Centre for Practical Ethics, told Al Jazeera that societies had to make the choice to move beyond a state of “continuous emergency” that is more a social and cultural phenomenon than scientific reality.

“A pandemic ends when the virus becomes manageable and we learn to live with it,” Giubilini said. “But that depends more on how we act than on the virus itself. We keep treating certain things as if they were a scientific issue when they are not. The end of the pandemic is a process of political negotiation and, ultimately, an ethical issue. The pandemic ends when we change our approach to a virus that is likely to stay with us forever.”

“We have become desensitized to the enormity of liberty loss and to the loss of meaningful life,” he said. “We have selectively focused on one single threat, which poses a serious risk only to a small and well-identifiable fraction of the population.”

MacKay, the University of Queensland virologist, said pandemics are political by nature and returning to life as normal would be a question that each country approached differently.

“You can’t tease apart the science and the politics and say this question is this thing and this question is that thing,” he said. “It’s all political and all scientific at the same time. It’s a mix and it’s a jumble because they involve the population of the entire planet and if you’ve got more than three people in a room you’ve got politics.”