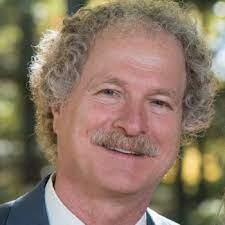 We’re in for a bumpy ride between now and spring given that omicron is so much more airborne, and thus transmissible.  Many more people will get sick, and the virus will typically lead to less severe illness, but many will still need advanced care due to the sheer numbers of people involved.  He predicts the pandemic will be greatly settled down by April/May, owing increasingly to herd immunity combined with diminishing virulence of SARS-CoV-2.

Hello and welcome. Here’s another short piece to answer all the emails and phone calls from colleagues and patients. The news is scary right now. We are seeing a huge wave of ill patients, as we enter the last super pathological morphological stage of this pandemic, which will allow us to leave the pandemic behind. As mentioned before, I think we are over the pandemic by April, though originally, I thought May. I thought I should contextualize our current situation as things are becoming confusing! I want to highlight that the below is mostly about the Omicron variant, but that is not the case all over the world yet. I will discuss this more in the next post.

One of the points I make in epidemics, here and about the Ebolavirus, is an understanding of transmission modes. Is the virus airborne or non airborne? Is it spread by contact or non contact? And from the start, what we see with this virus is that it is mostly not airborne, though there are some situations that can make it airborne. You can read about this topic here.

What I have noticed is that with every mutation that stabilizes, here focusing on Omicron, the rate of ease of airborne transmission has increased. In other words, the 2 meters distance is going to matter less, as the virus will pass in non-contact form. I think this will be acknowledged within a month, as the rates of infection could only be explained by airborne transmission (as well as an easing of public health restrictions.) A prediction I think that will also come to be.

In other words, as we have spoken about in our classes, it becomes highly likely that you or your loved ones are going to be exposed to the virus, during this entry to the last phase of the pandemic. By January this is mostly be the case. There are things you can do to mitigate this, mentioned below. Thus far, we are only talking about transmission and likelihood of infection.

Let’s talk about what we are likely to see with Omicron, and why I think we entered the final phase of the pandemic, (as we transition out of the pandemic phase.)

There are different categories of people when talking about response to Omicron:

1. Group one who have sadly perished already. But I mention this group because I don’t want to forget them. And I will come back to this group in a moment.

2. People who had COVID-19 previously and were not vaccinated. I believe there will be a broad range of responses between people who had serious cases before and people who had mild cases before. BUT GENERALLY, no matter how bad it was before, it is likely to be less severe for this group. Much less severe. By which I mean, the percent hospitalized will be much lower, percent in the ICU will be much lower and the percent of those dying will be much lower. Which is not to say that some people are not going to suffer badly, very badly, but the overall comparison from Omicron to Delta, and the previous situation to the current situation is going to be day and night. This has to do, broadly speaking, with the mutations that occurred, but also natural immunity that these individuals may have from their first infection. If they did not die from it previously, then the vast majority have some level of natural immunity which will make reinfection less severe.

3. People who are fully vaccinated are going to have a more minor version of the infection, similar to what I said above, but with even better numbers. And importantly, as discussed in September, should be in pretty good stead for the future. It is not too late to be vaccinated.

4. People who have NOT had COVID-19 before, AND are not vaccinated. This group will remain the highest percent of in group in all the numbers: hospitalization, ICU stay, and death, by percent. But that said, comparing their experience between Delta and Omicron, while their overall outcome is worse than the other groups mentioned above, their morbidity/mortality rates will be less if they have illness due to the Omicron versus the Delta. Still unnecessary suffering, but less than before.

And here I have to correct a very common misconception I hear from my colleagues and friends, and then discuss why this is so vitally important.

If 2 people get COVID-19, and one is hospitalized and or dies, then we have 50% morbidity/mortality. Pretty high! But it is only one person and, well, it sort of gets lost in the overall medical system. It is only one ICU unit, one bed.

If on the other hand 10 people catch a virus and 30% are hospitalized/ICU/Die, then 3 out of 10 are in the system. A much smaller percent of morbidity/mortality. But if you look at the ICU there are 3 times the number of ill there.  Better percent but more people. Still not a big deal to the overall system.

What happens if there are 1,000 people who get the virus and 10% end up the hospital/ICU, and perhaps die. Obviously, 10% percent morbidity/mortality is so much better than 50% mortality, but if you look to the ICU, we now have 100 people, and it begins to stress the health care system.

Now what happens if you have 1 million people and only 5% get hospitalized. That’s 50,000 people. Or 100 million people get sick and 5% are hospitalized, you get to 5 million. (This is exactly the same math as exists when looking at vaccination and readmissions. In general, when you compare vaccinated to unvaccinated folks, the difference of severity by group is starkly different. But as more people get vaccinated you see a higher number of folks that were vaccinated catch COVID-19 at a later time. That is not a failure, but a misunderstanding of simple math. You have to compare the percent of folks who were admitted that had been vaccinated, to the people admitted who were not vaccinated And what you see, from the start is a HUGE difference.)

You see the math. It is not complicated. Here is what I think we are going to see, and why it is important in the short term. I think we are going to see a huge wave of ill people. AND I think the overall percent of morbidity/mortality is going to be very low, as compared to Delta variant. But with the example I gave above, even as the numbers of severity is dropping, it is potentially going to flood the health care system. Which is a great shame. Not just for the needless suffering from the virus but for all the other health care needs that will go unaided, not to mention the very real burnout of health care providers which has been studied. This has a widespread impact on quality of care across the medical landscape.

Likewise, many caregivers will be ill, many people who are within the fabric of our society are going to be ill. This is going to happen pretty soon. Less severe, but many more folks. When a virus becomes truly more airborne, the numbers change a lot. I think this is where we are now.

You can help yourself and your family

If you want to help, one thing you could do is limit transmission rates, with the public health measures that you are aware of, BUT PLEASE CONSIDER USING THE FILTERING SYSTEMS DISCUSSED TO GET RID OF THE VIRUSES IN THE AIR IN YOUR HOME, found here.

Secondly, if you want to limit the stress on the health care system, please consider the natural therapies we mentioned at the start of the pandemic, found here. In this way, you can modify your risk and lessen the severity of illness should you have COVID-19. It is a lesser form of disease expression. These are still not fully studied, but in principle, you should have been doing for the past 2 years. If you did not, no worries, it’s never too late to start!

What, then, is the effect of this wave upon the whole population? In short, in areas where Omicron variant is dominant, so many people will get sick, unrelated to the groups above, so many get sick, with a milder virus, so that the percent mortality continues to drop. At the same time the population develops ample natural immunity because so many of us got sick, irrespective of vaccine status. In other words, you are protected one way or the other, by repeated infections or, more safely, by vaccine and then repeated infection. Which means that with each exposure, your immune system becomes better trained to fight the virus in a safe way. The virus becomes more like a background endemic viral risk that is harmful to some, but not to many, and we have the end of the pandemic. This is the most likely outcome, and really what we have been waiting for. The comment I make, in this coevolution, is that it will happen in a year or a decade or in 100 years, but it will happen and I understand that it is taking place now. What we are trying to do is limit the damage in the meanwhile. There really does not seem to be much of a chance other than that. I think we are a week to a few weeks from this being acknowledged at the facts on the ground.

From the homeopathic point of view as I have discussed with our students and colleagues, I can describe the first real change since December 2019. Pretty much what we have spoken about has been confirmed over and over, but the homeopathic prescription pad has changed in the last few weeks. I will describe this in the next post. But just to say, as a prediction, within the Omicron phase, the rates of pneumonia and ICU intubation will drop dramatically, as a percent of illness, and with that, the need for hospitalizations. A homeopathic prediction, but I am fairly confident of this. I will describe why in the next post.