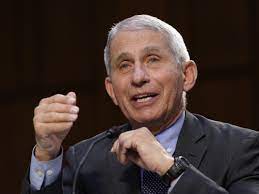 Anthony S. Fauci, the nation’s preeminent infectious-disease expert who achieved unprecedented fame while enduring withering political attacks as the face of the coronavirus pandemic response under two presidents, plans to step down in December after more than a half-century of public service, he announced Monday.

Fauci, 81, has led the National Institute of Allergy and Infectious Diseases since 1984. He joined the parent agency, the National Institutes of Health, in 1968 as a 27-year-old doctor who had just finished medical residency and was quickly identified as a rising star. Most recently, Fauci has also served as President Biden’s chief medical adviser since the start of his administration.

Fauci’s tenure as director of the infectious-diseases institute made him an adviser to seven presidents and put him on the front lines of every modern-day scourge, including AIDS, the 2001 anthrax scares, Ebola, Zika and the coronavirus pandemic. During the nearly four decades Fauci led the agency, it grew from a little-known institute with a $350 million annual budget to a globally recognized powerhouse with a budget exceeding $6 billion.