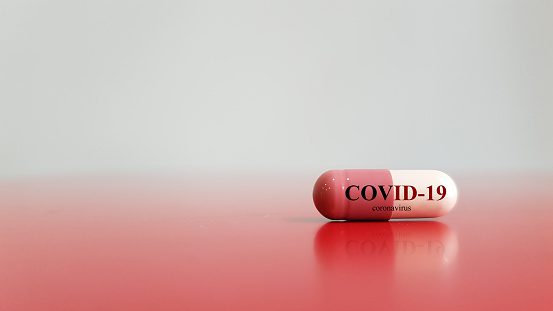 A panel of experts advising the U.S. Food and Drug Administration (FDA) on Tuesday voted to recommend Merck’s experimental antiviral pill used to treat COVID-19 for emergency use authorization — overlooking concerns expressed by experts that data presented by the pharmaceutical giant was biased and inadequate.

In a narrow 13 to 10 vote, members of the FDA’s Antimicrobial Drugs Advisory Committee recommended the drug, called molnupiravir (MOV), for use in adults with mild to moderate COVID who are at risk for severe disease or hospitalization. This recommendation would apply to millions of Americans who are older or have medical conditions like diabetes, obesity and heart disease.

Merck’s pill is designed to be taken within the first five days of symptom onset, and then twice a day for five days. If the FDA authorizes use of the drug, it would be considered the first at-home oral antiviral treatment for COVID, even though physicians around the world have been using FDA-approved medications like hydroxychloroquine and ivermectin, associated with fewer adverse events, to effectively treat COVID since the beginning of the pandemic.

According to The New York Times, the committee’s narrow vote reflects doubts over the pill’s effectiveness and concerns that it could cause reproductive harm.

“The efficacy of this product is not overwhelmingly good,” said David Hardy, an infectious-disease physician at Cedars-Sinai Medical Center in Los Angeles. Yet, Hardy voted to recommend MOV, saying “there is a need for something like this.”

Members of the committee who voted against EUA said more research was needed about the drug’s safety. “The risk of widespread effects on potential birth defects, especially delayed effects on the male, has not been adequately studied,” said Sankar Swaminathan, an infectious disease specialist at the University of Utah.

When asked about the discrepancy by committee chairperson Lindsey Baden, Director of the Division of Infectious Diseases at Brigham and Women’s Hospital, Nicholas Kartsonis, Merck’s senior vice president said, “I don’t have a satisfying answer to your question.

Experts weigh in on potential safety issues and mutagenicity concerns

During the all-day meeting, committee members raised numerous concerns about the propensity of the drug, which is made by Merck and Ridgeback Biotherapeutics, to cause mutations beyond the SARS-CoV-2 virus — as seen in some lab and animal tests — and birth defects in pregnant women.

“I don’t think you can ethically say it’s OK to give this drug in pregnancy, obviously,” said Dr. Janet Cragan, pediatrician and medical officer for the Centers for Disease Control and Prevention (CDC) during the meeting. “But at the same time, I’m not sure you can ethically tell a pregnant woman who has COVID-19 that she can’t have the drug if she’s decided that’s what she needs.”

During the meeting, questions were also raised about whether the drug could cause harmful mutations in the spike protein of the virus, which is the target of COVID vaccines.

MOV works by causing a “cascade of disabling mutations” in the SARS-CoV-2 virus, which makes it difficult for the virus to replicate. But adding mutations to the virus could theoretically lead to new versions of the virus — a concern raised by several panel members.

The FDA acknowledged in documents made available before the meeting that MOV may increase the rate of changes in the virus’s spike protein, “which, in theory, could enhance SARS-CoV-2 spike protein evolution.”

According to the National Human Genome Research Institute, a mutagen is defined as a “chemical or physical agent that has the ability to change our genetic code in a harmful way” and is associated with the development of cancer. The use of mutagenicity data is a widely accepted, fast and inexpensive means of predicting long-term risk to humans of a particular chemical or drug.

Clay Frederick, a retired toxicologist with experience in drug development, accused Merck and the FDA, during the public comment session, of ignoring and discarding the results of assays that didn’t support their desired conclusions.

“It appears the sponsor and the FDA have effectively either ignored or discarded the results of three different mutagenicity assays and then selected a single mutagenicity assay as a basis for saying that molnupiravir represents a low risk of mutagenicity for treated patients. I’m concerned about this decision,” Frederick said.

“The pig-a in vivo mammalian mutagenicity assay of MOV is clearly screwed up,” Frederick said. “The biggest problem is the historical negative control database that is used as a basis for the interpretation of the study results. It is just not credible.”

Frederick told the panel that working groups and scientists with expertise in conducting the pig-a assay have published guidelines on how to conduct assays properly and how to interpret the results appropriately. The same groups provide guidance on how to construct a credible database and provide values in the published literature for what the database should look like, he said.

“The right answer would be to re-run the study at a laboratory with a more credible historical control database. However, the sponsor ran a big blue in vivo mutagenicity assay instead.”

Frederick said both the sponsor and the FDA acknowledged there was a statistically significant increase in mutations in one or more treated groups relative to the concurrent control group in the pig-a assay.

“Arguably, this is the most important comparison,” Frederick said. “It suggests MOV is in fact mutagenic in mammals in vivo. Yet, Merck and the FDA effectively chose to only use the big blue assay in its determination of the mutagenicity of MOV, suggesting it should take priority over the pig-a assay study results because it supports the outcome they hope to achieve,” Frederick said. “In summary, the pig a mutagenicity pig-a assay is flawed but aspects of it suggest it is mutagenetic.”

Dr. David Wiseman, a research scientist with a background in pharmaceutical research and product development, said in an interview with TrialSite News, that the discussion by the FDA panel was on a much higher level than anything seen from the agency’s vaccine advisory committee and the CDC.

At the same time, Wiseman said it was clear the panel was trying to do contortions to get Merck’s drug approved. “You have hydroxychloroquine that has side effects that aren’t even in the same league as molnupiravir. Now they’re going to release this drug into the world that they can’t control — which is like pouring gasoline on the flames of a failed vaccine policy.”

Wiseman said under no circumstances should MOV be used in pregnant women and accused Merck of failing to provide adequate data on mutagenicity.

Wiseman also pointed out that any perceived benefit of MOV was reduced in those with antibodies at baseline to SARS-CoV-2. “There was no evidence of benefit — and perhaps a detriment — in subjects with antibodies. Given the exclusion of vaccinated subjects from the studies, as well as the high vaccination coverage, this finding is significant,” Wiseman said.

“Also puzzling was the FDA’s statement regarding the presence of nucleocapsid antibodies from natural immunity in vaccinated individuals. A table from the FDA’s presentation suggests an overall benefit in subjects not treated with MOV who had (undefined) antibodies attributed by the agency to current or prior infection.”

Like many others, Wiseman raised concerns about the drug’s potential to encourage the evolution of vaccine-resistant variants:

“Recklessly releasing a drug into the population found to be associated with an increased rate of nucleotide changes (consistent with its mechanism of action) runs the extremely high risk of encouraging the evolution of vaccine-resistant variants.

“This would be true at any time, but especially at a time such as now with the elevated present concern for the omicron variant. Theoretical arguments advanced by FDA to mitigate this risk do not outweigh the extreme havoc that can be wreaked given FDA’s own conclusion that MOV “treatment may increase the rate of detection of SARS-CoV-2 populations with amino acid changes in the viral spike protein.”

Wiseman acknowledged that most of the committee members recognized these problems and put caveats on their votes, but “at the end of the day we all know that’s not going to happen practically.”

“To put this drug out is an absolute act of recklessness. They should be having the same presentation about hydroxychloroquine instead of trying to vilify people and dismiss them,” Wiseman said.

Dr. Michael Carome, an expert on drug and medical device safety, pharmacy compounding and FDA oversight said during the public comment session, there is significant uncertainty as to whether the potential benefits of the drug outweigh the potential risks:

“With respect to the known and potential risks of molnupiravir, although no major safety signals were identified in trial 2 [MK-4482-002] or other clinical trials. Several potential safety concerns pertaining to the drug were identified in preclinical studies including embryo-fetal toxicity, bone and cartilage toxicity and mutagenicity, including mutagenicity in vitro and mammalian cells and possibly in vivo in the pig-a assay.

“There’s also evidence that molnupiravir may increase the rate of mutations in the viral spike protein which, in theory, could enhance SARS-CoV-2 protein evolution and accelerate the development of new variants that escape the immune protection provided by COVID-19 vaccines or natural immunity following SARS-CoV-2 infection, or that are resistant to the currently authorized anti-SARS-CoV-2 monoclonal antibodies.”

Dr. Meg Seymour, senior fellow at National Center for Health Research, raised concerns during the public comment session over the lack of data on vaccinated patients. “All patients in the study were unvaccinated, yet Merck is asking the drug to be approved for all patients at risk,“ Seymour said, which includes vaccinated people comprising 60% of the population.

The Biden administration has been anticipating FDA approval of antiviral pills from Merck and Pfizer and has already spent billions of dollars to secure millions of courses of the new pills. Although the FDA does not have to accept recommendations from its advisory panel, the agency is expected to approve the drug, which could be available by the end of the year.