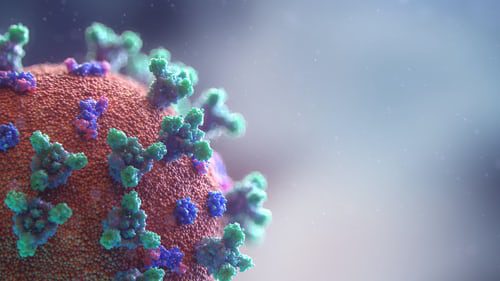 Northern California researchers representing both University of California, Berkeley and University of California, San Francisco recently uploaded their study results to the preprint server medRxiv declaring that based on a systematic analysis of 869 samples from two population centers in Northern California. The team collected samples from individuals seeking SARS-CoV-2 testing from two demographically distinct populations including a community-based organization called a Unidos en Salud (UeS) in San Francisco’s barrio known as the Mission District and an outlying area near Davis, CA, called Healthy Yolo Together (HYT). Key to this investigation was the identification of cycle threshold values (Ct) among fully vaccinated as well as unvaccinated people—both asymptomatic and symptomatic during the actual testing in the community. Note the investigation occurred during a “high transmission” period when the Delta variant raged throughout the region from June 17 to August 31, 2021. In what some experts might consider bombshell findings, the study authors concluded that they found “no significant difference in cycle threshold between vaccinated and unvaccinated, asymptomatic and symptomatic groups infected with SARS-CoV-2 Delta.” One key takeaway from this study:  whether in the densely populated San Francisco Mission to Davis California a one-size-fits-all vaccinate to eradicate approach currently embraced by political and health leadership needs a second look.

The authors embarked on this study to better understand viral load dynamics with Delta variant as “effective epidemic control requires contemporary data to guide public health mitigation measures.”  Thus, these authors sought out Ct-values among the vaccinated and unvaccinated as well as symptomatic and asymptomatic during the actual time of testing.  Undertaken during a major Delta variant surge across Northern California the study sites couldn’t be more diverse.  From a heavily and traditionally Hispanic, working-class Mission to the college town of Davis the study authors most definitely secured distinct population samples via a partnership with community-based organizations including a Unidos en Salud (UeS) and Healthy Yolo Together (HYT).

The authors ultimately discovered that these findings aligned with other comparable studies indicating “similar viral loads among vaccinated and unvaccinated individuals in settings with transmission of the Delta variant.”

Noteworthy, this UCB and UCSF-led study indicates that at least during the Delta surge “neither vaccine status nor the presence or absence of symptoms should influence the recommendation and implementation of good public health practices including mask-wearing, testing, social distancing, and other measures designed to mitigate the spread of SARS-CoV-2.”

This means that in the case of virulent highly transmissible strains the vaccinated are serving as vectors, a phenomenon TrialSite has written about for months.

What Do These Findings Mean for Original Vaccine Thesis?

Dr. Antony S Fauci during the last year continuously raised the figure he thought it would take to reach herd immunity as reported by the New York Times. The nation’s top doctor was always adamant that the primary prerequisite for herd immunity, whether it was 60% up to 90% once he sensed more Americans would be accepting—was vaccination.   Meaning that mass vaccination would eradicate the pathogen because it wouldn’t be able to infect people, and therefore, they wouldn’t be able to spread the disease.

But that’s not what this class of vaccination will do. Like an influenza shot, it reduces the probability of severe disease, including hospitalization, and gives people more protection, however it does not lead to complete elimination of the flu. Of note, the Northern California researchers mention one study where viral loads diminish faster in vaccinated people meaning that viral transmission could be impacted positively, but perhaps not at the scale, scope, or wide-reaching impact as initially contemplated.