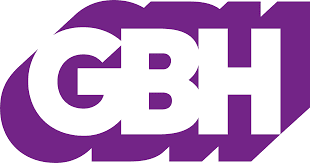 Protesters gathered Wednesday afternoon outside the Beacon Hill home of the Moderna CEO Stéphane Bancel, calling on the company to make the technology behind its COVID-19 vaccine available for production by other companies around the globe.

Standing in front of a giant pile of artificial bones meant to represent unnecessary COVID deaths, more than a dozen doctors affiliated with Harvard Medical School blasted Moderna for failing to share its technology. They also criticized President Joe Biden and his administration for failing to compel the company to do so, and for the size of U.S. commitments to distributing doses globally.

Protesters have previously held rallies outside Moderna’s Cambridge headquarters. This was their first protest outside the CEO’s home.

Moderna did not respond to GBH News’ request for comment. The company has previously pledged not to enforce patents related to its COVID-19 vaccine while the pandemic is ongoing.

“What we are calling on people to do is stand up and say ‘enough is enough,'” said Dr. Joia Mukherjee of Partners in Health and Harvard Medical School. “We have the technology. We need to transfer that technology to places that are well prepared to produce vaccines.”

Mukherjee named several countries she said are capable of reproducing the steps necessary to make the vaccine if Moderna was to make it available, including South Africa, Rwanda, Senegal and Peru.

“There are places that have the political will and the ability to do this if only we would share,” she said. “And legally Mr. Bancel’s company must share because they received your taxpayer money to develop this vaccine. And therefore, President Biden has the ability to demand that.”

The Biden administration has not yet instructed any of the companies producing COVID vaccines, which was a major topic of criticism at Wednesday’s protest.

Organizers said another protest was also being held in front of White House Chief of Staff Ron Klain’s home, calling for the president to make that demand.

“Sadly, the global aspects of this pandemic have been treated by President Biden and [Chief of Staff] Ron Klain as a PR opportunity rather than a global crisis,” said Dr. KJ Seung of Harvard Medical School. “At the Biden-U.N. COVID summit last week, it was all platitudes, pageantry, no hard plans. Despite calls to scale up production to billions of doses, there was only a commitment by President Biden to donate 250 million [courses of] doses of Pfizer’s vaccine.”

Seung said the Biden administration has so far spent less than 1% of the $16 billion Congress set aside in March on global vaccine production.

“If that money had been used starting in March, by now we could definitely have enough manufacturing capacity to produce eight billion doses,” he said.

Seung said they want Biden to use his authority and budgetary capacity to increase production of the Moderna vaccine to eight billion doses per year by 2022, and to commit to internationally donating 100 million doses a month.

“The world’s current shortage of COVID-19 vaccines is really the result of deliberate policy choices and not some kind of inherent scientific or engineering or logistic limitation,” said Dr. Rebecca Zash of Harvard Medical School. “This plan to donate 300 million or so vaccines to low-income countries is just too small. It’s not enough. Millions and millions of people are going to die, people that just happen to live in a different country.”