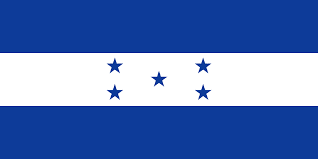 Honduras has recorded approximately 391,874 cases of SARS-CoV-2 with 10,504 deaths, according to the U.S. Embassy in Honduras.

With 66% of the Central American nation in poverty (20% in extreme poverty) and a severely constrained health care infrastructure, “Honduras faced the potential collapse of its health care system from COVID-19.” Subscribe to the Trialsitenews “Ivermectin” ChannelNo spam – we promise

Practicing medicine out of Hospital CEMESA in San Pedro Sula, Honduras, Dr. Valerio shared with TrialSite some of the challenges Honduras, a Central American country of 9.5 million people, faced during this pandemic.

19 critical care physicians and 125 intensive care unit beds had to serve approximately 9.5 million people during the worst pandemic in a century.

While still on the mend from the Dengue epidemic in 2019, a group of heroic physician/real-world researchers embraced the use of repurposed therapies for both inpatient and outpatient treatment, leading to significant results.

Dr. Valerio’s and colleagues’ battle with COVIID-19 in Honduras represents a bigger war against poverty and uneven economic development—caused by a confluence of legacy and present-day forces—resulting in severe health care challenges in this nation that extends from the Caribbean Sea to the Pacific Ocean via a small piece of land on the Gulf of Fonseca.

Honduras has experienced little stability since it gained independence from Spain in 1821. Nearly 300 small rebellions and civil wars ransacked this country, some leading to regime changes according to one American-centric historical report.

U.S. agricultural corporations have played a colonial role in Honduras often operating extractive industries around tropical fruit production. The U.S. military has invaded Honduras several times to quell insurgencies and back economic elites in what were known as the “Banana Wars.”

In the past several decades U.S. military activity stirred again in an ideological fight against leftist guerilla movements, and by 1998, Hurricane Mitch wiped out 50 years of progress according to then Honduran President Carlos Roberto Flores.

Honduras is a place of struggle and endurance.

Honduras’ troubled past has resulted in stifled economic growth and a troubled health system. A few statistics reveal the state of the nation’s medical institutions: Honduras only has 4,093 public hospital beds and 9.5 hospitals per 100,000 people. Dr. Valerio shared with TrialSite that Honduras has only 125 critical care beds for the entire population as well as only six physicians for every 10,000 inhabitants.

Citing Plato that “necessity is the mother of all invention,”  Valerio and colleagues known as Platforma CATRACHO todos contra el covid (everyone against covid)” provided a stark comparison to New York City, roughly a comparable population to the entire nation of Honduras.

The SARS-CoV-2 driven pandemic slammed the nation, with its severe health care infrastructure gaps but a band of critical care physicians, influencing a responsive national government, responded to this crisis embracing repurposed drugs, and proactive early treatment as a means of compensating for inadequate health care capacity.

Honduran critical care doctors spurred the national health apparatus into action. With the help of media and journalists who created a campaign known as CATRACHO, the physicians evangelized to key government decision-makers to promote the treatment protocols.

As terrifying images of sickness and death broadcast from New York, Honduran officials faced complete health care collapse given the complete lack of health care infrastructure. And at the time, there were no formally approved COVID-19 treatments.

Critical access, front-line physicians sprang into action, studying what other low-and middle-income countries were embracing including ivermectin, which was already in use in a handful of Latin American nations due to positive lab findings at the University of Monash, Australia.

There was no time, money, or infrastructure for clinical trials in Central America. Out of necessity, health care units in Honduras had to implement protocols based on known drugs and a rapidly unfolding knowledge of the SARS-CoV-2 infection lifecycle.

This wasn’t the United States, where many tens of billions, if not hundreds of billions, were allocated to the development of advanced, sophisticated mRNA-based vaccines, monoclonal antibodies, and other treatments. And yet, Honduras’ eventual final death toll would be lower than in the United States and places like Israel.

Dr. Valerio and the team of critical care doctors hypothesized various protocols to address various stages of SARS-CoV-2 infection which led to the formation of both inpatient and outpatient protocols which came to be known as ‘CATRACHO.’

Taking on the name “Platforma CATRACHO todos contra el covid,” Honduran front-line physician-researchers teamed with colleagues from Texas A&M University, first chronicling the use of a multi-mechanism approach to treating COVID-19, including multiple repurposed drugs applied to the various stages of the SARS-CoV-2-based infection.

In a recent paper, the Honduran and American teams outlined a multi-mechanism approach that reduced the average ICU patient stay duration by 5.4 days.

This protocol led to a reduction of up to nine days in elderly patient duration and an effective methodology for use in even severely constrained health systems.

The authors noted that “This treatment protocol could allow a healthcare system to manage 60% more COVID-19 patients with the same number of ICU beds.”

In this study, the authors employed the use of Shewhart control charts during the first half-year of the pandemic to analyze 14-day running average COVID-19 case fatality rates both in Honduras and Mexico.

Valerio, et al. commented: “Within two months of the first defection of SARS-CoV-2 in this Central American nation the public health agencies embraced existing repurposed drugs to combat COVID-19.  Specifically, a multidrug COVID-19 inpatient and outpatient national protocol guideline led to the lowering of the documented case fatality rate from 9.33% to 2.97%.”

Using Mexico case fatality rates as a control, the authors reported their findings to suggest “statistically significant anomalies” while observing no comparable anomalies in neighboring Mexico.

The authors suggested “an association between both inpatient and outpatient multidrug treatment of COVID-19 and decreased fatality rates in Honduras.”

TrialSite chronicled the early use of ivermectin in Latin America based on anecdotal evidence, prior to the emergence of scientific studies. Early on, Peru embraced the drug: this was featured in a TrialSite produced brief documentary. From the first findings at the University of Monash to predominantly low-to-middle-income countries from Bangladesh, India, to the Dominican Republic and Egypt, TrialSite chronicled ivermectin research which continues to accumulate currently at 78 studies.

While most Western medical establishments discounted this research—only focusing on the few studies that led to no efficacy, or in one case, faulty data—the developing world had no vaccines and had to be resourceful.

The Honduran physicians came up with the multi-mechanism approach or “MMA” for treating COVID-19 in a bid to “block the inflammation, immune system disruption and hypercoagulation” associated with the various stages of the disease and what most physicians believe is the ultimate cause of mortality.

As the pandemic initially worsened, the national government formed what were known as “medical brigades” which did extensive outreach to villages, towns, and cities, visiting the homes of citizens seeking to identify underserved COVID-19 patients. Many front-line physicians would discover, early treatment became an instrumental step in reducing disease progression and easing the strain on an already overburdened health care infrastructure.

The physicians introduced a week-long course of outpatient therapy known as “MAIZ”, a home kit package similar to the one deployed in Uttar Pradesh, India’s most populous state. It included the following:

For those patients with symptoms, home care health teams prescribed an outpatient therapy known as “MAIZ-AA” which included additional anti-inflammatory medications (colchicine and prednisone) and an anticoagulant (rivaroxaban).

The study authors reported that three months after the first implementation of the MMA protocols in Honduras, other clinicians around the world also showcased positive results associated with many of the products included in the MMA protocols.

TrialSite tracked a successful study in Canada that showcased positive colchicine results in COLCORONA even as the ivermectin controversy raged in Australia, the United States, and Europe. These developments unfolded even as tocilizumab was authorized on an emergency basis by the FDA and dexamethasone featured as life-saving therapy in severe cases thanks to the RECOVERY study.

While Israel’s mass COVID-19 vaccination program commenced by late December 2020, vaccination didn’t commence in Honduras until March 2021, and the actual ramp-up of vaccinations was delayed for months.

By the start of July 2021, 18 months into the pandemic, only 7.7% of the Honduran population had received a single dose of the vaccine while at the same period 56.4% of the entire Israeli population was fully vaccinated with two doses.

The nation first received COVID-19 vaccines distributed via COVAX by the end of May 2021 in the form of 238,000 doses of the AstraZeneca/Oxford vaccine. Honduras was excluded from Chinese vaccine diplomacy because it had diplomatic ties with Taiwan. Other Latin American countries that China shunned include Guatemala, Nicaragua, and Paraguay.

Honduras received its first sizable vaccine shipment from the U.S (Moderna) by end of June 2021.

Compared to other nations in Central America, the COVID-19 vaccine rollout was slow in Honduras. Recently U.S. Vice President Kamala Harris visited the nation and pledged support to President Xiomara Castro including $3.9 million worth of vaccines through the World Health Organization COVAX facility.

Honduras has about 9.5 million persons and Israel just under 9 million, but that’s where any similarities stop. Israel has an advanced, wealthy economy with a gross domestic product of $353 billion and ranks 31st of all nations; Honduras ranks 106th has a GDP of $22.98 billion. Comparison based on per capita GDP is even more telling, with Israel at $42, 852 and Honduras at $2,467.

And despite a much earlier and higher vaccinated population in Israel, death rates there were similar to Honduras. The case to fatality rate is far higher in Honduras, yet given the health system sophistication in Israel combined with high vaccination rates and access to monoclonal antibodies the case infection rate in Israel is about 8.5X higher than its Central American counterpart.

Study results suggest Platforma CATRACHO todos contra el covid produced compelling results in the ongoing war against COVID-19. A group of critical care doctors came together to rapidly identify repurposed drugs that could both reduce disease severity and save lives in what is one of the poorest nations in the Western Hemisphere. Thanks to an open, pragmatic national government inpatient and outpatient, effective COVID-19 protocols were adopted across the country.

Dr. Fernando Valerio with the Hospital CEMESA and team also chronicled results, unlike many other low and middle-income countries, and early treatment regimens including ivermectin. They say it shows the utility of statistical process control methods to expeditiously evaluate and monitor the efficacy of COVID-19 therapies with an eye on generalizability in other emergent conditions.