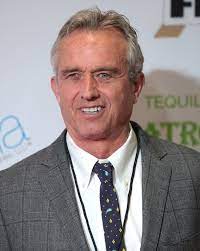 Robert F. Kennedy Jr. strode onto the stage at a Southern California church, radiating Kennedy confidence and surveying the standing ovation crowd with his piercing blue Bobby Kennedy eyes. Then, he launched into an anti-vaccine rant. Democrats “drank the Kool-Aid,” he told people assembled for a far right conference, branded as standing for “health and freedom.”

“It is criminal medical malpractice to give a child one of these vaccines,” Kennedy contended, according to a video of the event, one of his many assertions that ignored or went against legal, scientific and public health consensus.

Then, Kennedy hawked his book. If just 300 attendees preordered it on Amazon that night, he told the crowd, it would land on the bestseller list and they could “stick it to Amazon and Jeff Bezos.”

All profits, he said, would go to his charity, Children’s Health Defense.

While many nonprofits and businesses have struggled during the pandemic, Kennedy’s anti-vaccine group has thrived. An investigation by The Associated Press finds that Children’s Health Defense has raked in funding and followers as Kennedy used his star power as a member of one of America’s most famous families to open doors, raise money and lend his group credibility. Filings with charity regulators show revenue more than doubled in 2020, to $6.8 million.

Since the pandemic started, Children’s Health Defense has expanded the reach of its newsletter, which uses slanted information, cherry-picked facts and conspiracy theories to spread distrust of the COVID-19 vaccines. The group has also launched an internet TV channel and started a movie studio. CHD has global ambitions. In addition to opening new U.S. branches, it now boasts outposts in Canada, Europe and, most recently, Australia. It’s translating articles into French, German, Italian and Spanish, and it’s on a hiring spree.

According to data from Similarweb, a digital intelligence company that analyzes web traffic and search, Children’s Health Defense has become one of the most popular “alternative and natural medicine sites” in the world, reaching a peak of nearly 4.7 million visits per month. That’s up from less than 150,000 monthly visits before the pandemic.

As Children’s Health Defense has worked to expand its influence, experts said, it has targeted its false claims at groups that may be more prone to distrust the vaccine, including mothers and Black Americans. It’s a strategy that experts worry has deadly consequences during a pandemic that has killed more than 5 million people, when misinformation has been deemed a threat to public health. The death toll in the United States hit 800,000 this week, and nearly a third of those people have died since vaccines became available to all adults in the U.S. Unvaccinated people are 14 times more likely to die of COVID-19 than those who get the shot, according to the CDC.

As vaccines have become a wedge political issue, Kennedy’s opposition to the shot has at times brought him close to anti-democracy forces on the right who have made common cause with the anti-vaccine movement. The scion of the country’s most prominent Democratic family has appeared at events that pushed the lie that the 2020 election was stolen and associated with people who have celebrated or downplayed the violent Jan. 6. attack on the U.S. Capitol.

Kennedy has been a key part of the anti-vaccine movement for years, but doctors and public health advocates told the AP that COVID-19 launched him to a new level.

“With the pandemic, he’s been turbocharged,” said Dr. David Gorski, a cancer surgeon at Wayne State University School of Medicine in Detroit and a critic of the anti-vaccine movement.

Dr. Richard Allen Williams, a cardiologist, professor of medicine at UCLA and founder of the Minority Health Institute, said Kennedy is leading “a propaganda movement,” and “absolutely a racist operation” that is particularly dangerous to the Black community.

“He’s really the ringleader of the misinformation campaign,” said Williams, who has written several books about race and medicine. “So many people, even those in scientific circles, don’t realize what Kennedy is doing.”

Even Kennedy’s own family members call his work “dangerous.”