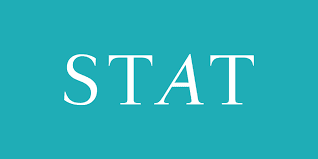 Climate change will force animals to migrate, and in turn, some species — and the pathogens they harbor — will come into contact for the first time.

In a new modeling study, scientists forecast that there could be more than 4,000 new cross-species swapping of viruses by 2070, even if warming is kept within the global target of 2 degrees Celsius. Bats — which carry pathogens like coronaviruses — account for most of the simulated viral sharing in the study, published Thursday in the journal Nature.

There are also signs, the researchers said, that such an ecological transition might already be underway as the climate has started to warm. Climate change is a force that will compound other factors that have brought people and animals closer together, increasing the opportunities for viruses to jump from animals to people.

“Upstream of deforestation and the wildlife trade and agriculture, there is this monumental and mostly unobserved change happening in ecosystems,” said Colin Carlson, an assistant research professor at Georgetown University and a lead author of the paper. “We are probably well into those changes, we are not keeping a close eye on them, and they make pandemic risk everyone’s problem.”Related: Snakebites are on the rise as snakes migrate with climate change

The research team called for the world to expand its surveillance of where wild animals move and the pathogens they carry — “to ensure that we can keep our finger on the pulse of global change,” said Gregory Albery, a disease ecologist at Georgetown and the other lead author.

Not every virus that can jump from other species to humans can sicken them, and not every virus can spread further from person to person. As the study notes, “even among species in close contact, most cross-species transmission events are still a dead end.”

But the threat of viruses spilling over from animals is not a hypothetical one. Just this month, a spillover caused new Ebola cases in the Democratic Republic of the Congo. The 2002-2003 SARS epidemic was ignited by a coronavirus that passed from a bat through another animal into people. Many scientists think the Covid-19 pandemic was touched off in a similar pattern (though the debate about whether SARS-CoV-2 leaked from a virology lab continues).

What’s more, much of the anticipated migration of animals in response to changing climate could bring them closer to humans, meaning it’s more likely that people will encounter a novel-to-them pathogen that could threaten their health. “Climate change is creating innumerable hotspots of future zoonotic risk or present day zoonotic risk,” Carlson said.

People aren’t the only vulnerable ones. “First encounters” of species that don’t normally live in the same ranges — and the ensuing spreading of viruses and parasites — could threaten wildlife populations as well, the researchers noted.

Any model forecasting out five decades in the future is going to contain uncertainties, particularly because so much of the everyday viral transmission among mammals goes undetected, researchers said. It’s rare when these cross-species events in any way harm humans.

And Christine K. Johnson, the director of the EpiCenter for Disease Dynamics at the University of California, Davis, noted that the impact of climate change on mammals is going to be specific to particular locations — and might also influence the behavior of individual viruses differently. But the new study can help pinpoint where the evidence gaps remain to help guide future forecasts, Johnson said. Crucially, it also underscored the importance of field work to track animals’ movement going forward.

“They did highlight where we need to do more work on the ground, and I couldn’t agree with that more,” said Johnson, who was not involved with the new study.

For the new study, the team ran a range of scenarios with varying warming levels (from under 2 degrees to more than 4 degrees), land use shifts, and models for how far different species might migrate. To come up with their estimates, the researchers linked their findings about newly suitable habitats for different species with biological patterns of cross-species transmission. The team focused on mammals — more than 3,000 species — because scientists know more about mammalian biodiversity and these animals are most likely to be the source of viruses that can spill into humans.

One key omission was birds, which can carry viruses that are known to sicken humans, the researchers acknowledged. The new study also didn’t look at mosquitoes. It’s thought, for example, that a warming climate in the United States could expand the range of mosquitoes that are vectors for viruses like Zika, dengue, and chikungunya.

If warming is kept below 2 degrees, the models found, the majority of species studied would still overlap with at least one new species, leading to potentially hundreds of thousands of first encounters. Even with limits on how far species will migrate, that in turn could result in some 4,000 cross-species transmission events by 2070, according to the study.

Some past research has found that climate shifts could drive species further from the equator, but the new study focused instead on how species could head for higher elevations, concentrating in mountain ranges in tropical areas that already have the highest biodiversity. While the modeled first encounters would happen throughout the world, they would primarily occur in tropical Africa and southeast Asia.

The research team’s scenarios did not forecast which specific species might come into contact for the first time and which types of viruses were going to be increasingly likely to spill into people, instead taking a broader view of climate change’s impact. “We don’t want to say, OK, a tiger is going to meet a moose for the first time, and let’s look out for that,” Albery said.

But on a call with reporters, Carlson noted that the types of viruses that could emerge from shifts in animal ranges are those that we’ve seen before — and perhaps some unfamiliar ones as well.

“We will continue to see risks from filoviruses like Ebola, from coronaviruses, from flu in particular — all of that continues to be the case,” Carlson said. “There may also be more room for surprise, because species are moving around, because ecosystems are forming in new combinations.”

One factor that might limit viral sharing is that some species may not be equipped to or need to move all that far, depending on their size, diet, and other features. But there’s a key exception: bats. In the models, the research team didn’t constrain how far the flying mammals could migrate. As the scientists wrote, “bats’ unique capacity for flight could be an important and previously unconsidered link between climate-driven range shifts and future changes in the mammal virome.”

The researchers also found that the “future hotspots” where different mammals could overlap with each other are often in or near areas with lots of people — either places that are already settled or that are used for farming. This could bring viruses that are currently secreted away in forests closer to humans. “This finding is consistent for bats and non-bats,” the researchers wrote, “and may be an accident of geography, but more likely represents the tendency of human settlements to aggregate on continental edges and around biodiversity hotspots.”