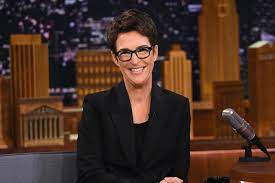 A dubiously sourced account that confirmed many liberals’ assumptions about rural Americans taking horse medicine was too good to check.

There is already so much bad news about Covid-19 that no one needs to look very hard to find it. On Memorial Day, the United States was hovering around 25,000 new cases a day; on Labor Day, the figure is more than six times higher. The daily death total is about where it was last Thanksgiving. Deaths in Louisiana and Florida alone are outpacing those in the United Kingdom. More than 100,000 are hospitalized across the country. Not so long ago, it seemed we were on the verge of turning a corner—either to a return to normalcy, whatever that was, or the promise of a Bacchanalian summer. As we head into autumn, there’s little doubt that we are very much still in the teeth of the pandemic and that we may very well be for a long, long time.

The delta surge shouldn’t be this bad—and indeed isn’t in many other countries—and yet it is, largely because of politics. The Republican Party spent most of last year vehemently arguing that efforts to protect people from Covid-19 were a vast conspiracy aimed at unseating a president who had spent the previous four years being historically unpopular. The right has gone to extraordinary lengths to raise questions about a vaccine that has proven to be a life-saver and to limit the uses of masks, which have proven to be effective at limiting transmission. At the same time, various nonvaccine remedies—all of which are more dangerous and less effective than the vaccine—have been touted as alternatives. Intensive care units and morgues are full; overdoses of ivermectin, a dewormer used by both humans and livestock, have jumped 250 percent, from 133 to 459.

All of this is tragic and infuriating. But it’s also led to a certain slackness, in which fishy stories are spreading like wildfire. The latest instance happened over Labor Day weekend. KFOR, a local NBC affiliate in Oklahoma, reported that ivermectin overdoses were “backing up rural Oklahoma hospitals [and] ambulances” and that the backlog was so severe that even “gunshot victims were having hard times getting to facilities.”