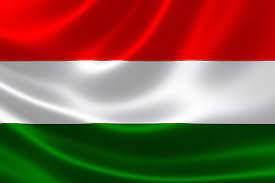 Where did SARS-CoV-2 originate? The result of a natural zoonotic process, a lab leak, or some other explanation? TrialSite suggests there is no absolute proof of cause but past entries suggest the lab leak theory is possible. Now a couple of studies produce more data pointing to the possibility of a lab leak. Based on an analysis of soil samples, Hungarian scientists point to traces of pathogen that could possibly support the lab leak theory. While studying DNA samples in soil in Antarctica, the study authors detected traces of a unique coronavirus variant from Chinese samples. More specifically, the scientists, based in Hungary, were conducting research with the Antarctica-based material originally from Shanghai’s Sangon Biotech. They found genetic material from animals associated with Chinese labs suggesting the virus could have been studied in a Chinese lab. Noteworthy, public access to the Sangon Bio data was revoked after the Hungarian researchers uploaded their preprint identifying the COVID-19 ancestor.

According to the Hungarian scientists from Eötvös Loránd University and the University of Veterinary Medicine, traces of the early version of the pathogen could have been studied in a Chinese lab. But does this point to or raise the probability of a lab leak theory?

The researchers leveraged advanced sequencing techniques to examine a large set of samples in the international public sequence archives such as the International Nucleotide Sequence Database Collaboration. The study team hypothesized that “gold mines” of sequences archives could possibly include “genome fragments from early human SARS-CoV-2 cases or from the hypothesized originator zoonotic host.”

Examining the metagenomic profiles of samples of the earliest known cases of the pandemic for SARS-CoV-2 genetic sequence traces, the team found several samples and report the results of their analysis in the recent still to be reviewed study.Subscribe to the Trialsitenews “COVID-19” ChannelNo spam – we promise

Uploaded to Research Square, this study hasn’t been peer reviewed and, consequently, cannot be viewed as evidence. Led by Istvan Csabai at Eötvös Loránd University, the study team tapped into a large public sequencing data vault’s samples collected earlier than the earliest known cases of the pandemic speculating if they might contain traces of SARS-CoV-2.

Conducting an initial phylogeny analysis, the team authored that this “places the sample close to the known earliest cases.” This suggests “the high sequence coverage rules out chance alignments from other species, but possible laboratory contamination cannot be excluded.”

They researchers from Hungary found “a unique combination of mutations, unseen in other samples, so whatever its origin, it can add important piece of information to the puzzle of the ongoing pandemic.”

The authors report that the soil sample analysis suggests coronavirus may have not transferred via a zoonotic process, the common mainstream explanation, yet there is no proof to date.

The mainstream press has for the most part ignored this obscure but interesting study. For example, the UK’s DailyMail reported a summary of the findings. Professor Jesse Bloom, operating out of the Seattle, Washington-based Fred Hutchinson Cancer Research Center, apparently verified the study in a test confirming the samples in fact contain the virus. However, Bloom went on the record that the “ultimate implications remain unclear.”

Writing for DailyMail, Health Reporter Luke Andrews recounted the chain of events associated with the soil samples, including:

Luke Andrews was able to elicit a quote from a top virologist at Warwick University, Professor Lawrence Young who supports the natural origin theory (meaning the pathogen somehow jumped from an animal to a human—like the previous coronaviruses origins—yet declared publicly the findings were “very, very intriguing and very, very suspicious.”

Meanwhile professor Young continued: “The two things that really stand out for me are there are these three key mutations bringing the bat COVID closer to the first Wuhan strain. It is very, very suspicious [and could be] a signature of the ancestral SARS-CoV-2.”

Other Pointers to Lab Activity?

Also, DailyMail reports that the Antarctic samples included DNA from Chinese hamsters as well as green monkeys, which professor Young pointed out could point to a situation where Chinese virologist may have been growing the pathogen in animal cells.

On the other hand, the soil could have originated from the first COVID-19 patients reported in China back in December 2019.

Based in Budapest, this public research university called Eötvös Lorand University was founded hundreds of years ago in 1635. Also, knowns as ELTE, this is one of the largest and most prestigious institutions of higher education in the nation’s largest city. The academic medical center is affiliated with 5 Nobel laureates as well as winners of the Wolf Prize, Fulkerson Prize and Abel Prize.

The study was funded by the EU Horizon 2020 program (multiple grants), while the authors are grateful for access to the GISAID database and all labs that contributed to SARS-CoV-2 sequence data.