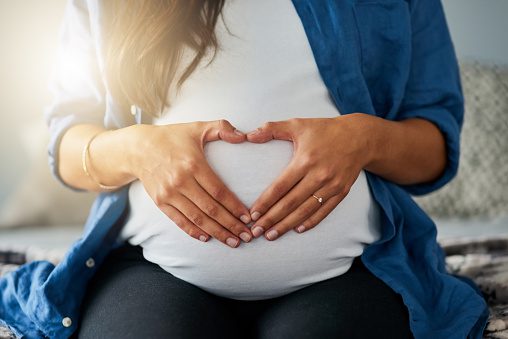 Only 31% of pregnant Americans are fully vaccinated. I felt responsible for this bean-like bundle forming in my body. But the conflicting advice made it hard for me to decide

These are the first three things I did when I found out I was pregnant in February. I took about six more tests. Then, I called the doctor’s office to make an appointment. A few days later, I signed up for a Covid-19 vaccine. I stood in line, freezing, at a high school in Coney Island to get my shot.

Deciding to get the vaccine that same month was not easy – even as a former health reporter accustomed to deciphering medical journals. I felt a very visceral and personal responsibility toward this bean-like bundle forming in my body. There were only preliminary studies about vaccine safety – saying the vaccine was likely safe – based on participants who didn’t know they were pregnant during trials. Gynaecologists and family physicians had not yet achieved full and public consensus on their recommendations as most have now.

Within my own family and close friends (who are largely advocates of mainstream health recommendations) there were concerns about miscarriage and long-term harm to the future baby that, at this stage of research, could not be definitively answered.

With a few more months of information, we know now that contracting Covid-19 is much riskier for pregnant women and their fetuses than the average person. August was the worst month on record in the US for pregnant people due to Covid-19, with 21 deaths. We also know that the studies published in major medical journals have not found any significant risks for those trying to conceive, those who are pregnant, or those who are breastfeeding if they take the mRNA vaccine, such as Pfizer and Moderna.

But with only 31% of pregnant Americans fully inoculated as of 18 September, compared to about 52% of the average population – and with much lower rates among Black and Hispanic women – it appears that a long history of incomplete science and fear-driven medical advice about prenatal decisions has broken trust, leaving many mothers through anecdote and misinformation. For these women, condescension and fear mongering from the medical establishment or media is both unfair and ineffective.

Kim, a 34-year-old in her second trimester of pregnancy in the UK ( who asked to use only her first name for privacy) told me she hasn’t taken the vaccine because of concerns about the long-term impacts on her baby. There are no longitudinal studies available this early but she pointed out that other medicines prescribed to mothers in the past have turned out to be dangerous, for example Thalidomide, a 20th-century sedative expectant mothers took for morning sickness, which was later found to cause severe birth defects.

“Most information seems very biased towards ensuring everyone has the vaccine,” she said through email. “There are so many what-if’s. If I catch Covid that would be bad for my unborn baby, if I have bad symptoms. I’m trying to balance those against having the vaccine and then the unknowns of how that affects babies long-term.”

Earlier this year, Kim said midwives offered her leaflets with information about the vaccine and told her to make the decision that felt right for her. Now, she feels like media outlets have become “very pushy”. The only person she trusts to help her make a decision is her partner. Unvaccinated, she wears a mask and limits contact with others in the meantime to protect herself from the virus.

For Madeline, whose son was born in spring 2021, her Philadelphia doctor recommended the vaccine when it became available in her third trimester. But her husband, who has a doctorate in cellular and molecular biology and who works in pharmaceutical patent law, asked her to wait until after birth because there wasn’t enough data at that point to reassure him. She ended up waiting a few weeks after delivering to be vaccinated.

“I wanted him to feel respected and involved in decisions that impacted the baby, so I waited,” Madeline said of her husband. “In hindsight I wish I would’ve gotten it while pregnant [after] seeing the data about antibodies passed through the placenta.” Recent studies say 99% of the babies born to fully vaccinated mothers are born with Covid-19 antibodies.

To be pregnant is to face a deep loss of control on a daily basis.

Personal health decisions often come down to a trusted messenger (such as a relative who works in healthcare), a common language around risk and fear: something that makes sense to that particular person and their cultural mores. These are the tools that drive our decisions about medical care – aggressively pushing data and scientific studies, regardless of urgency, often fall short.

What led me to sign up for a shot, for example, was not the government or the American College of Obstetricians and Gynecologists recommendation. It was talking through the mechanism of the mRNA vaccine with my husband, a physician with a public health degree well-versed in epidemiology. The way in which both main US vaccines, Pfizer and Modern, work (simplistically: the vaccine triggers cells in your muscles to create a protein, then the mRNA are dismantled while your immune system begins to respond) gave me a strange sense of solace – there would be no foreign body or live virus hanging out in my body after the shot as with other vaccines, like the one for measles.

A deep loss of control

In true scientific reasoning, the piece of information that changed my mind was completely arbitrary. But to be pregnant is to face a deep loss of control on a daily basis. There is, of course, your body – new sensations arising every day, a tug here, a sharp pain there, a primal exhaustion. Then there are numerous decisions: to take an extra genetic test, choose one vitamin over another, decide whether or not to fly on an airplane.

These dilemmas are offered by clinicians and loved ones alike with a large dose of opinion and fear, and coupled with a historical dearth of research around pregnancy related choices, especially studies involving minority communities. And this doesn’t even account for those dealing with fertility issues and treatments.

Divya, a doctor in Houston has experienced almost all aspects of this process first hand. Last year, she temporarily decided to stop working as a hospitalist during her last trimester to protect herself and her baby from the virus. She delivered her son in June.

When the vaccine was offered to her in December, she and her husband – a cardiologist – debated its safety for her child, since she was breastfeeding and there was little data available about how it affected breastmilk at the time. She conferred with other mothers and decided to stop breastfeeding altogether so she could get the vaccine.

Am I doing the right thing? Thinking of what you are bringing home. It feels kind of stressful.

But when it came time to take a booster shot this year – which has been offered to health professionals and immunocompromised people at high risk in the past few weeks – Divya was undergoing in vitro fertilization (IVF). When she became pregnant, her doctor advised her not to get the booster shot until her second trimester, when more of the fetal anatomy was formed.

“There’s no data behind that,” she said, of the decision to wait, although she had heard of some OB-GYNS independently recommending the same thing during the first trimester. “Some doctors are confident, others are just asking people to wait a few months.”

Divya ended up having a miscarriage, and then decided to get a booster shot shortly thereafter. She said she would still recommend that any pregnant woman get the Covid-19 vaccine, given the high risk of mortality for both the mother and baby from the virus and its complications.

“It bears a lot of weight to have to think about those decisions,” she said. “Am I doing the right thing? Thinking of what you are bringing home. It feels kind of stressful.”