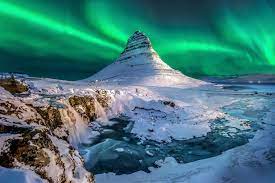 Recently TrialSite reported that both Denmark and Sweden declared that their health authorities will place at least a temporary pause on using the Moderna mRNA-based COVID-19 vaccine due to safety concerns based on reports of side effects such as myocarditis. The Swedish health agency’s chief epidemiologist, Anders Tegnell, went on the record stating, “The connection is especially clear when it comes to Moderna’s Spikevax, especially after the second dose.” While the health authorities here acknowledge the rare incidences, there is enough concern to issue the halt, at least temporarily for young people. Now other Nordic countries are joining these two, limiting the use of Moderna’s mRNA-1273. Finland’s national health authority, THL declared that this Nordic nation would put a pause on the use of mRNA-1273 in young men. Norway also joined the pack to lose Moderna, at least temporarily. On Friday, Iceland also joined Nordic peers to suspend the Moderna vaccine, at least temporarily, again citing risks of heart inflammation. Iceland went a step further, however.

Unlike the other Scandinavian nations, which issued a pause on the use of the mRNA-based vaccine, at least in young people, now Iceland has canceled all uses of Moderna, declaring that sufficient supplies of Pfizer’s vaccine afford them the opportunity only to use that product.

TrialSite quotes the Icelandic Directorate of Health website, which declares, “As there is sufficient supply of Pfizer vaccine in Iceland for both the vaccination vaccine of defined priority groups and the basic vaccination of those who have not yet been vaccinated, the epidemiologist has decided that the Moderna vaccine will not be used in Iceland, while further information is obtained.”

Interpretation—Iceland is dropping the use of Moderna’s mRNA-1273 immediately as they have sufficient supplies of Pfizer-BioNTech BNT162b2, and the risks associated with Moderna aren’t worth the benefits at this point.

The other Nordic countries of Denmark, Sweden, Norway, and Finland thus far only have temporary pauses, but these could easily become permanent as well. TrialSite will continue to monitor.