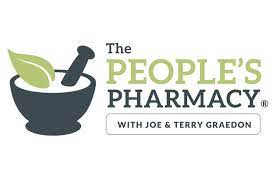 The latest COVID controversy involves an old drug. Is Ivermectin a miracle or a menace? To prevent river blindness it’s a miracle! COVID = ?

The People’s Pharmacy and the History of Ivermectin:

I was among the very first people to answer the question: is ivermectin a miracle? That was over 30 years ago. Here is what I wrote in The People’s Pharmacy syndicated newspaper column on November 9, 1987:

“It’s not often that a drug for animals becomes a major breakthrough for human health. But Merck’s new medication, ivermectin, has not only made life easier for our family pet, but it could save the eyesight of millions of people around the world.

“Rick, our Labrador retriever, arrived five years ago as a warm bundle of wiggles and soft ears. He’s 90 pounds of lovable mischief now, and because we live in a part of the country where the dog parasite, heartworm, is a constant danger, we have always had to give him medicine to protect him against this potentially fatal mosquito-borne disease.

“Until a few months ago, this was a daily struggle. He hated the taste, and no matter how we disguised it, we’d often find the bright pink pill carefully deposited beside the dog dish. Then we’d have to pry his jaws open and poke it down his throat.

Ivermectin A Miracle for Dogs!

“But that daily tussle is history now. The vet prescribed a new heartworm preventive, Heartgard (ivermectin), which is given only once a month. Rick almost seems to like it, making our life, and his, a lot easier.

“Probably the best thing about ivermectin, though, is not what it can do for dogs but its potential in relieving human suffering. It will help defeat a parasitic disease which affects up to 40 million people in tropical countries and is one of the leading causes of blindness in the developing world.

“We’ll never forget the guitarist we heard in Mexico (I was teaching at the medical school in Oaxaca and Terry was doing research for her doctorate in medical anthropology). His music was hauntingly beautiful, the kind of extraordinary sound we would have expected in a fine concert hall, but he was dressed like a beggar. His little granddaughter, who was leading this blind musician down the street by the hand, was barefoot and ragged herself.

“We later learned this man was a victim of onchocerciasis, or river blindness. The parasite responsible for the disease is spread by the bite of a black fly which is found in parts of Latin America and is widespread in Africa. Entire villages know the despair of darkness, with the fear of blindness affecting even children learning to read.

“The parasite enters the body as a microscopic worm called a microfilaria and grows into a two-foot long adult lodged under the skin which produces intense itching. The female, which may live as long as 11 years, produces millions of tiny young which migrate through the body, causing scarring and damaging the eye.

Is Ivermectin A Miracle? Absolutely!

“Public health authorities have had little success until now fighting this dreadful disease. The two drugs that were available against the parasite caused severe side effects and had to be taken for lengthy periods.

“Ivermectin, under the brand name Mectizan for human use, will turn the tide in this battle. It kills the parasite at the microfilaria stage before it harms the eye. By taking Mectizan, people can save their sight and prevent transmission. A single dose is good for six months or more, so one or two pills a year should be enough.

“Unfortunately, many of the people affected by river blindness can’t get to doctors or afford medicine. In an unprecedented move, Merck & Co., which manufactures Mectizan, is making it available free of cost.

“This generous giveaway will make the drug available through public health channels so that river blindness can be controlled even in the poorest areas.

“According to WHO expert Dr. Colin Ginger, no one need ever go blind from onchocerciasis again. Merck is to be congratulated for this farsighted contribution to world health.

Is Ivermectin a Miracle for COVID?

The answer to this 21st century question is unclear. There is a lot of gossip, rumor and innuendo around this medication. We wrote about ivermectin for COVID back on July 20, 2021: