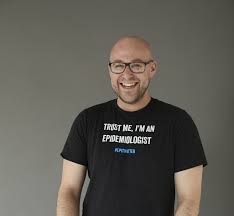 When I started looking into the evidence-base for ivermectin as a treatment for Covid-19, I saw some bad studies. I expected perhaps one or two to be so terrible that they should never have been published.

I could never have foreseen the multi-part series that this investigation has become. It is not an exaggeration to say that almost all benefits attributed to ivermectin in the treatment of Covid-19 may be based on research that simply never happened at all.

The newest case is of a study that reported vast benefits for the drug, and was eagerly adopted by scientists as evidence that ivermectin could help kill the virus inside people. However, when the author started sending what they said was their data through to independent analysts, the entire study quickly fell apart.

The study in question was a randomized clinical trial from Lebanon where the authors claimed to have compared ivermectin to a control group receiving normal medical care. The ivermectin group got a single pill of the drug, and over the next three days saw a huge improvement in their viral load, measured by standard PCR tests. The control group were treated with usual drugs and supplements, and saw no such benefit.