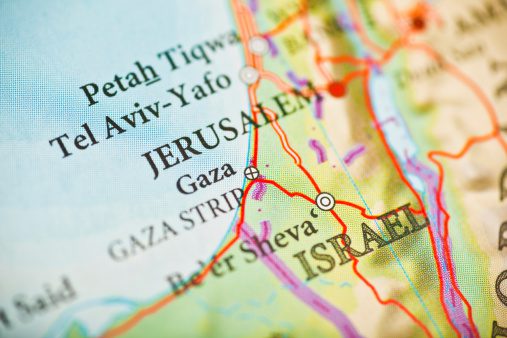 Israel, one of the world’s most vaccinated places, now heads into yet another surge as infections grow exponentially daily. A massive booster program occurred during the late summer and into the fall as breakthrough infections due to the Delta variant raised serious questions about the mass vaccination program in the first place. TrialSite reported on some hospitals reporting that most of their admissions were vaccinated. At least over 65% of the population is vaccinated with nearly half the nation’s population receiving a booster dose. According to one data point, enough doses have been administered there to fully vaccinate over 90% of the population. Hesitancy slowly grows, however, due to a confluence of elements TrialSite goes into below. While the vaccines have led to lower death and hospitalization rates, a major premise behind vaccine passports and segmenting the vaccinated from unvaccinated is the ability to stop infection and transmission.

From August through October, Israel experienced its worst surge since the onset of the pandemic even though it was one of the most aggressively vaccinated populations. A great majority of the elderly and middle-aged were vaccinated well before the summer. Cases declined considerably to a stabilized place until recently. Starting by late December, cases ahead upwards rapidly.

For example, by December 15, the country reported 627 new cases. That figure has skyrocketed to 5,060 as of January 2nd.  The press is concerned. Most recently, FirstPost reports that Prime Minister Naftali Bennet presented at the start of the weekly Israeli Cabinet session that cases will soon be in the tens of thousands per day.  But how could this be with so many boosted persons? They have rolled out 4.2 million booster shots in a country of only 9.3 million since July.

The ‘Storm is Coming’

But the Prime Minister declared, “the storm is coming to us these very days.” With cases above 5,000, this wasn’t supposed to happen and again must raise critical questions about the use of the Pfizer-BioNTech mRNA-based COVID-19 vaccine known as Comirnaty.Subscribe to the Trialsitenews “COVID-19” ChannelNo spam – we promise

Indicating a possibly dire situation, the Prime Minister also went on the record, “These are numbers that the world has not known, and that we also haven’t known.”

The government will try to keep the economy open despite a rapidly growing surge while emphasizing a more risk-based approach protecting the vulnerable. Luckily, deaths are down and thus haven’t surged but with such a rapid number of new infections, even if Omicron based, this could change.

Now, as reported by Reuters, Israeli health authorities will offer a fourth dose to the immunocompromised and the elderly, and perhaps other at-risk parties. But health authorities need to start critically questioning this vaccine product. The fact that boosters are needed every few months isn’t normal whatsoever. While one of the purported benefits of mRNA-based vaccines was the flexibility to rapidly develop updates to new mutants, the world still awaits the Pfizer vaccine for Omicron.

While Pfizer press releases early in December seemed positive, some data indicate an ominous situation—that the vaccine wanes within a couple of months and some concern that Omicron may be able to evade natural and vaccine-induced antibodies. The answers are not clear yet—more data is necessary.