Welcome to Impact Factor, your weekly dose of commentary on a new medical study. I’m Dr F. Perry Wilson of the Yale School of Medicine

If you took a random sample of 100 people from around the world, eight of them would have these living inside them:

Strongyloides stercoralis, known as threadworm to most of the world and “strongy” to infectious disease docs who, in this nephrologist’s opinion, are way too familiar with certain pathogens, is a parasitic nematode found in fecal-contaminated soil throughout the tropics and subtropics.

In those who are immunocompromised or who receive immune-suppressing drugs like steroids, disseminated strongyloidiasis can be rapidly fatal, but in most immunocompetent hosts, Strongyloides causes an indolent disease. It’s also lifelong — able to reinfect its host over and over again, unless it is treated.

And the first-line treatment for Strongyloides is… ivermectin. 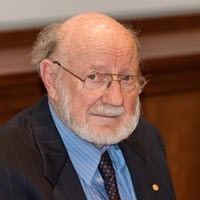 Yes, ivermectin is a powerful antiparasitic agent. It was its effect on Strongyloides that netted William Campbell the Nobel Prize for discovering the drug, and what places ivermectin squarely on the WHO list of essential medicines.

There are two quite polarized camps here. There are the ivermectin proponents, many of whom have amassed hundreds of thousands of Twitter followers which must be worth, I don’t know, at least $30, based on the promise that it is a miracle cure — often touting small studies from developing countries, some of which have been proven fraudulent.

And then there are the scientists and researchers, and I admit that I fall into this group, who point out that the best data we have suggest that ivermectin has no meaningful effect on clinical outcomes in COVID-19.

Could Strongyloides bring these two parties together?

A paper appearing in JAMA Network Open makes the case.

The argument is pretty simple. Ivermectin doesn’t have an effect on COVID-19 per se. But people infected with COVID-19 get steroids, which can exacerbate latent Strongyloides infections.

And in places where lots of people have latent Strongyloides infections, it might appear that ivermectin helps more.

To test this hypothesis, the authors searched the literature for ivermectin randomized trials. Now, this is a rather painful activity. The ivermectin literature, perhaps because of the massive level of public interest, is of highly variable quality, with several of the largest studies that suggested the drug could save lives later turning out to be fraudulent. Other studies have never gotten proper peer review and vanishingly few have released their data publicly.

The authors started their search at a very pro-ivermectin website which claims to be running a “live meta-analysis” of over 151 ivermectin studies. Most of those aren’t randomized trials, and several of the ones that are turned out to be frauds, leaving the authors with a grand total of 12 potentially legitimate ivermectin studies to meta-analyze.

Putting them together, they find no statistically significant benefit of ivermectin on mortality, though the trend was in a favorable direction with about a 25% reduction in deaths.

But when the studies were stratified by local Strongyloides prevalence, a pattern emerged. In areas of high prevalence, ivermectin appeared to work better, and in areas with low prevalence, it didn’t appear to work at all.

Is the mystery solved? Is the Gordian Knot untangled? Can’t we all just get along?

The authors conclude, “No evidence was found to suggest that ivermectin has any role in preventing mortality in patients with COVID-19 in regions where strongyloidiasis is not endemic.” Parsing the double-negative, does that mean ivermectin should be on the table in endemic areas?

I have no doubt that some will interpret it that way. People who still believe that ivermectin has direct efficacy against COVID-19 will no doubt consider this study a nice justification for its continued use, at least in those parts of the world where Strongyloides is endemic.

But is this really the explanation? We have 12 studies here, and sure, there seems to be some correlation between ivermectin efficacy and Strongyloides prevalence.

But here’s the thing: With only 12 studies, there are a lot of correlations like this. I looked up the average temperature in the countries where each of these studies was conducted and got an even stronger relationship with ivermectin efficacy, with higher average temps leading to higher efficacy.

In other words, beware the ecologic fallacy. We have 12 data points to work with; the relationship to Strongyloides prevalence is nice in terms of biological plausibility, but we still need to worry that some of these studies are small, not peer-reviewed, and published in an incredibly high-stakes environment where a positive result might lead to fame… or infamy. Several supposed trials of ivermectin turned out to be frauds, and it is not impossible that more will be retracted with greater scrutiny. (Authors of these studies, please release your data publicly if you stand behind it.)

More concerning, the widespread use of ivermectin for COVID-19 may ironically make it less available to the hundreds of millions of people around the world who would truly benefit from the drug: those with threadworm. After all, it’s true that ivermectin saves lives; we’ve known it for decades. It’s just not clear that it saves the lives of those with COVID.

F. Perry Wilson, MD, MSCE, is an associate professor of medicine and director of Yale’s Clinical and Translational Research Accelerator. His science communication work can be found in the Huffington Post, on NPR, and here on Medscape. He tweets @fperrywilson and hosts a repository of his communication work at www.methodsman.com.