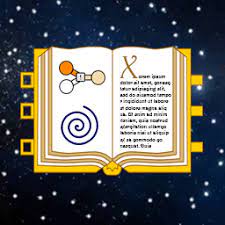 I know I’m two months late here. Everyone’s already made up their mind and moved on to other things.

But here’s my pitch: this is one of the most carefully-pored-over scientific issues of our time. Dozens of teams published studies saying ivermectin definitely worked. Then most scientists concluded it didn’t. What a great opportunity to exercise our study-analyzing muscles! To learn stuff about how science works which we can then apply to less well-traveled terrain! Sure, you read the articles saying that experts had concluded the studies were wrong. But did you really develop a gears-level understanding of what was going on? That’s what we have a chance to get here!

Any deep dive into ivermectin has to start here:

This is from ivmmeta.com, part of a sprawling empire of big professional-looking sites promoting unorthodox coronavirus treatments. I have no idea who runs it – they’ve very reasonably kept their identity secret – but my hat is off to them. Each of these study names links to a discussion page which extracts key outcomes and offers links to html and pdf versions of the full text. These same people have another 35 ivermectin studies with different inclusion criteria, subanalyses by every variable under the sun, responses and counterresponses to everyone who disagrees with them about every study, and they’ve done this for twenty-nine other controversial COVID treatments. Putting aside the question of accuracy and grading only on presentation and scale, this is the most impressive act of science communication I have ever seen. The WHO and CDC get billions of dollars in funding and neither of them has been able to communicate their perspective anywhere near as effectively. Even an atheist can appreciate a cathedral, and even an ivermectin skeptic should be able to appreciate this website.

What stands out most in this image (their studies on early treatment only; there are more on other things) is all the green boxes on the left side of the table. A green box means that the ivermectin group did better than placebo (a red box means the opposite). This isn’t adjusted for statistical significance – indeed, many of these studies don’t reach it. The point of a meta-analysis is that things that aren’t statistically significant on their own can become so after you pool them with other things. If you see one green box, it could mean the ivermectin group just got a little luckier than the placebo group. When you see 26 boxes compared to only 4 red ones, you know that nobody gets that lucky.

Acknowledging that this is interesting, let’s detract from it a little.

First, this presentation can exaggerate the effect size (represented by how far the green boxes are to the left of the gray line in the middle representing no effect). It focuses on the most dire outcome in every study – death if anybody died, hospitalization if anyone was hospitalized, etc. Most studies are small, and most COVID cases do fine, so most of these only have one or two people die or get hospitalized. So the score is often something like “ivermectin, 0 deaths; placebo, 1 death”, which is an infinitely large relative risk, and then the site rounds it down to some very high finite number. This methodology naturally produces very big apparent effects, and the rare studies where ivermectin does worse than placebo are equally exaggerated (one says that ivermectin patients are 600% more likely to end up hospitalized).

But this doesn’t change the basic fact that ivermectin beats placebo in 26/30 of these studies.