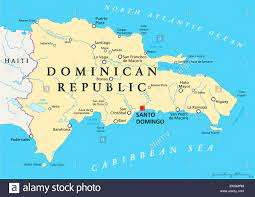 In June of 2020, TrialSite spoke to Dr. José Natalio Redondo about his successful ivermectin protocol in treating over 1,300 early-stage COVID-19 patients on the beautiful island of the Dominican Republic. Now, “After eight months of active clinical observation and attending about seven thousand additional patients with Covid-19 in three medical centers located in Puerto Plata, La Romana, and Punta Cana, Dr. José Natalio Redondo revealed that 99.3% of the symptomatic patients who received care in his emergency services, including the use of Ivermectin, managed to recover in the first five days of recorded symptoms.” Is America missing out on something big here?

About the Rescue Group

“From the beginning, our team of medical specialists, who were at the forefront of the battle, led by our emergency physicians, intensivists and internists, raised the need to see this disease in a different way than that proposed by international health organizations, says Dr. Redondo in his report.

And he adds that the Group’s experts proposed the urgency of reorienting the management protocols towards earlier and more timely stages. “We realized that the war was being lost because of the obsession of large groups, agencies, and companies linked to research and production of drugs, to focus their interest almost exclusively on the management of critical patients.

“Our results were immediate; the use of Ivermectin, together with Azithromycin and Zinc (plus the usual vitamins that tend to increase the immune response of individuals) produced an impressive variation in the course of the disease; it was demonstrated that 99. 3% of the patients recovered quickly when the treatment was started in the first five days of proven symptoms, with an average of 3.5 days, and a fall of more than 50% in the rate and duration of hospitalizations, and reducing from 9 to 1 the mortality rate, when the treatment was started on time.”

The renowned cardiologist and health manager affirmed that Ivermectin’s use against the symptoms of Covid-19 is practically generalized in the country and attributed to this factor, among others, the fact that the risk of dying from this disease in the Dominican Republic is significantly lower than in the United States.

In a situation all too familiar to the United States, Dr. Redondo “specifies that Dominican patients were dying mainly because of the loss of time in seeking rapid medical assistance, or because of the inconsistent policy of sending them home, without antiviral treatment, with paracetamol and hydration, until their evolution led them to get worse so that they returned to the emergency service.”

Perhaps this explains, at least in part, why many Americans have been fighting for the use of ivermectin. Coincidentally, just today, the Attorney General of Nebraska released a formal legal opinion suggesting that the off-label use of ivermectin and hydroxychloroquine for the prevention or treatment of COVID-19 is acceptable. The Attorney General’s conclusions are as follows: “Allowing physicians to consider these early treatments will free them to evaluate additional tools that could save lives, keep patients out of the hospital, and provide relief for our already strained healthcare system.”