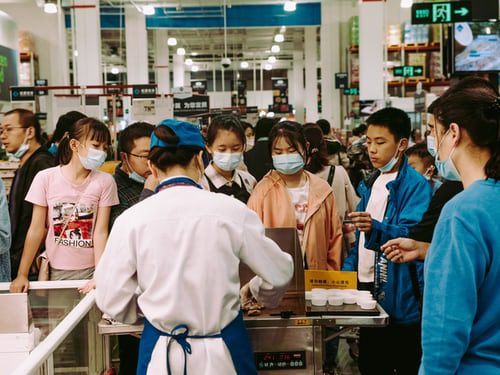 The country has instituted a wide range of high-tech controls on society as part of a mostly successful effort to stop the virus. The consequences may endure.

The police had warned Xie Yang, a human rights lawyer, not to go to Shanghai to visit the mother of a dissident. He went to the airport anyway.

His phone’s health code app — a digital pass indicating possible exposure to the coronavirus — was green, which meant he could travel. His home city, Changsha, had no Covid-19 cases, and he had not left in weeks.

Then his app turned red, flagging him as high risk. Airport security tried to put him in quarantine, but he resisted. Mr. Xie accused the authorities of meddling with his health code to bar him from traveling.

“The Chinese Communist Party has found the best model for controlling people,” he said in a telephone interview in December. This month, the police detained Mr. Xie, a government critic, accusing him of inciting subversion and provoking trouble.

The pandemic has given Xi Jinping, China’s top leader, a powerful case for deepening the Communist Party’s reach into the lives of 1.4 billion citizens, filling out his vision of the country as a model of secure order, in contrast to the “chaos of the West.” In the two years since officials isolated the city of Wuhan in the first lockdown of the pandemic, the Chinese government has honed its powers to track and corral people, backed by upgraded technology, armies of neighborhood workers and broad public support.

Emboldened by their successes in stamping out Covid, Chinese officials are turning their sharpened surveillance against other risks, including crime, pollution and “hostile” political forces. This amounts to a potent techno-authoritarian tool for Mr. Xi as he intensifies his campaigns against corruption and dissent.

The foundation of the controls is the health code. The local authorities, working with tech companies, generate a user’s profile based on location, travel history, test results and other health data. The code’s color — green, yellow or red — determines whether the holder is allowed into buildings or public spaces. Its use is enforced by legions of local officials with the power to quarantine residents or restrict their movements.

These controls are key to China’s goal of stamping out the virus entirely within its borders — a strategy on which the party has staked its credibility despite the emergence of highly contagious variants. After China’s initial missteps in letting the coronavirus spread, its “zero Covid” approach has helped keep infections low, while the death toll continues to grow in the United States and elsewhere. But Chinese officials have at times been severe, isolating young children from their parents or jailing people deemed to have broken containment rules.

City officials did not respond to questions about assertions by Mr. Xie, the lawyer. While it is hard to know what goes on in individual cases, the government itself has signaled it wants to use these technologies in other ways.

Officials have used pandemic health monitoring systems to flush out fugitives. Some fugitives have been tracked down by their health codes. Others who avoided the apps have found life so difficult that they have surrendered.

For all of its outward sophistication, though, China’s surveillance system remains labor intensive. And while the public has generally supported Beijing’s intrusions during the pandemic, privacy concerns are growing.

“China’s pandemic controls have really produced great results, because they can monitor down to every individual,” said Mei Haoyu, 24, an employee at a dental hospital in Hangzhou, a city in eastern China, who worked as a volunteer early in the pandemic.

“But if after the pandemic ends these means are still there for the government,” he added, “that’s a big risk for ordinary people.”

‘A vicious cycle arises’
A Covid cluster that rippled across Zhejiang Province in east China late last year began with a funeral. When one attendee, a health worker, tested positive in a routine test, 100 tracers sprang into action.

Within hours, officials alerted the authorities in Hangzhou, 45 miles away, that a potential carrier of the coronavirus was at large there: a man who had driven to the funeral days earlier. Government workers found and tested him — also positive.

Using digital health code records, teams of tracers plotted out a network of people to test based on where the man had been: a restaurant, a mahjong parlor, card-playing rooms. Within a couple of weeks, they stopped the chain of infections in Hangzhou — in all, 29 people there were found to be infected.

China’s capacity to trace outbreaks like this has relied heavily on the health code. Residents sign up for the system by submitting their personal information in one of a range of apps. The health code is essentially required, because without it, people cannot enter buildings, restaurants or even parks. Before the pandemic, China already had a vast ability to track people using location data from cellphones; now, that monitoring is far more expansive.

In recent months, the authorities in various cities have expanded their definition of close contact to include people whose cellphone signals were recorded within as much as half a mile of an infected person.

The party’s experiment in using data to control the flow of people has helped keep Covid at bay. Now these same tools potentially give officials greater power to manage other challenges.