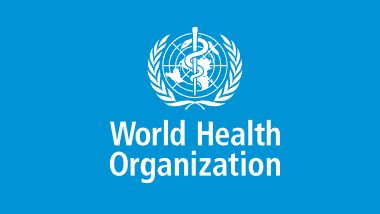 Lingering fatigue, shortness of breath, and brain fog are among the symptoms people may experience months after infection, the WHO says.

This week, the World Health Organization released diagnostic criteria for long covid, a perplexing condition that has affected survivors of covid-19. Among other things, the WHO notes that patients can experience symptoms months after their initial infection and that these symptoms can be severe enough to impact their daily functioning.

Long covid is the label that was adopted and popularized by its sufferers early on in the pandemic. Much of the early research into its characteristics was conducted by or heavily involved these patient communities. But there remain many questions about long covid, including how often it actually happens and the underlying mechanisms behind the many symptoms associated with it.

One necessity for studying any medical problem is to have a clear description of it, one that can be widely adopted by doctors, patients, and other relevant parties. On Wednesday, the WHO published a clinical case definition for long covid, which they’re formally referring to as “post covid-19 condition.”

The short-and-sweet version defines long covid as something that occurs in people with a history of probable or confirmed SARS CoV-2 infection, usually three months from the onset of their original case. The symptoms include but are not limited to fatigue, shortness of breath, and cognitive dysfunction, often called brain fog. The symptoms can be persistent since the acute infection or emerge later, and they can fluctuate in severity over time, but they should be ongoing for at least two months before a formal diagnosis is made. Importantly, there should also be no alternative explanation that could fit a patient’s illness better.

To come up with these criteria, the WHO conducted what’s known as a Delphi consensus, which calls for gathering the input of relevant experts and other stakeholders on a topic. This included surveys of WHO staff, outside experts, patients, and patient-researchers. All told, they reached out to people in 44 countries across six regions of the world covered by the WHO.