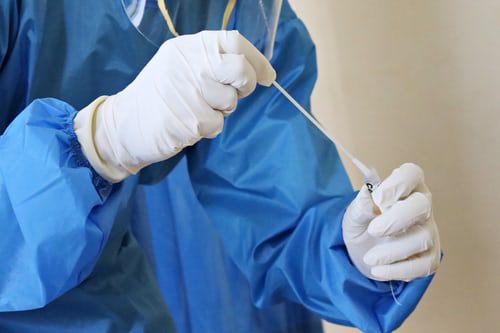 One of the leading producers of rapid tests purged supplies and laid off workers as sales dwindled. Weeks later, the U.S. is facing a surge in infections with diminished capacity.

For weeks in June and July, workers at a Maine factory making one of America’s most popular rapid tests for Covid-19 were given a task that shocked them: take apart millions of the products they had worked so hard to create and stuff them into garbage bags.

Soon afterward, Andy Wilkinson, a site manager for Abbott Laboratories, the manufacturer, stood before rows of employees to announce layoffs. The company canceled contracts with suppliers and shuttered the only other plant making the test, in Illinois, dismissing a work force of 2,000. “The numbers are going down,” he told the workers of the demand for testing, saying it wasn’t their fault. “This is all about money.”

As virus cases in the U.S. plummeted this spring, so did Abbott’s Covid-testing sales. But now, amid a new surge in infections, steps the company took to eliminate stock and wind down manufacturing are proving untimely — hobbling efforts to expand screening as the highly contagious Delta variant rages across the country.

Demand for the 15-minute antigen test, BinaxNOW, is soaring again as people return to schools and offices. Yet Abbott has reportedly told thousands of newly interested companies that it cannot equip their testing programs in the near future. CVS, Rite Aid and Walgreens locations have been selling out of the at-home version, and Amazon shows shipping delays of up to three weeks. Abbott is scrambling to hire back hundreds of workers.