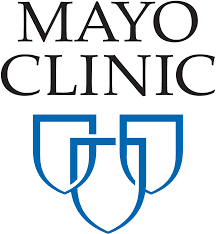 The Mayo Clinic released a study on Nov. 1 revealing that Minnesota residents from Olmsted County who received the Johnson & Johnson COVID-19 vaccine are 3.7 times more likely to develop blood clots.

Published by the JAMA network, the study analyzed blood clot case numbers that were reported to the CDC Vaccine Adverse Event Reporting System (VAERS) between Feb. 28, 2021 (the date that the vaccine was approved), and May 7, 2021, comparing them to incident case numbers before the pandemic, between Jan. 1, 2001, and Dec. 31, 2015. The study gained approval from the Mayo Clinic institutional review board.

While researching the data from pre-pandemic incident cases, the Mayo Clinic found that 39 Olmsted County residents experienced acute incident cerebral venous sinus thrombosis (CVST), with 28 of those patients having predisposing risk factors such as an infection, birth control use, or active cancer within 92 days before the CVST event.

Evaluating VAERS data from after the J&J vaccine approval date, the Mayo Clinic discovered that 46 potential CVST cases were reported to VAERS within 92 days of receiving the vaccine. Out of the 46 cases, 8 were excluded due to potential duplicate reports or not receiving an objective diagnosis.

The study showed that females were at an increased likelihood of forming a blood clot after receiving the vaccine, with 71% of VAERS reports being among women.

“It was surprising that it is predominantly women (especially 30 to 49-year-old women) who are at a higher risk for CVST in the first 15 days after the administration of Johnson & Johnson COVID-19 vaccine.” According to Healio, lead investigator of the Mayo Clinic study, Dr. Aneel Ashrani, reported, “We do not have a good explanation for it but speculate that they may have additional/concomitant CVST risk factors, (e.g., oral contraceptive pill use) or may have a predisposition to autoantibody production that may have led to vaccine-associated thrombocytopenia with thrombosis.”

This isn’t the first time J&J has been met with negative press, as their COVID-19 vaccine rollout came to a screeching halt in April due to six cases of CVST reported after individuals received their vaccine. A few months later, there were 100 reports of individuals who received one J&J dose diagnosed with Guillain-Barre Syndrome, an incurable autoimmune disease that causes a sudden-onset muscle weakness brought to the surface by an individual’s immune system, resulting in damage of the peripheral nervous system.

“In individuals who had thrombotic complications after the administration of an adenovirus vector-based COVID-19 vaccine (e.g., the J&J vaccine), my bias would be to consider one of the mRNA-based vaccines (i.e., one manufactured by Pfizer-BioNTech or Moderna) for their booster shot,” Dr. Ashrani said, according to Healio.